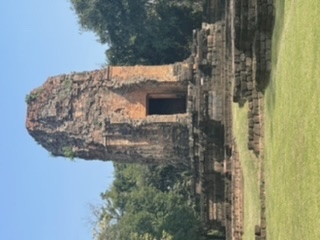 Si Thep is about 250 kilometers (3.30h) northeast of Bangkok, and a bit tricky to reach with public transportation. From the Mochit BTS Northern Bus Terminal there are regular express buses to the province of Phetchabun, taking Highway 21 where I got off the bus shortly before the intersection in Si Thep village. After just a few minutes I made a deal with a Tuk-Tuk driver who spoke no English, but with the help of some photos, he understood what I was looking for. It was a leisurely 15 minutes drive. There is an entrance fee of 100 Baht for foreigners (about 3 USD) and that includes the ride in an electro train from the small museum at the entrance to the main site. You need about 40 minutes to have a look around 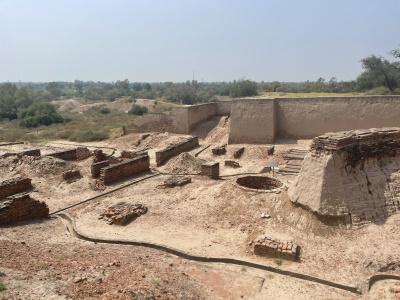 I visited this archaeological site by private car from Lahore, it is 200km or about 4 hours to drive. The Harappans used the same type of bricks as in its sister city of Mohenjo-daro, but this more famous WHS site was unfortunately closed due to the recent flooding in Southern Pakistan.

Afamia was much affected by the civil unrest in Syria and basically closed to visitors until summer 2022. We had the place for ourselves. It is not on the program yet of tour operators. The modern town of Afamia is badly damaged and very few people have returned. You need a private car and guide to reach the place and pass the security checks. But the huge Colonnade of almost 2 kilometers is an impressive sight, and one of the longest in the Roman world. Not much destruction, a great relief. Best to walk the whole length. No entrance fee.

I hiked from Escaldes (start from Hotel Muntanya on Avenida Carlemany close to the square with the Carmen Thyssen museum), there is a signboard Cami de la Canaleta, this is the shortcut that leads to the Repsol gasoline station, cross the road, and continue steep uphill on Cami de la Muntanya, this leads you in about 45 min to the official entrance with signboard of this UNESCO site. Around here is also a big parking, it is the same road that passes here to Engolasters, first the village with the San Miquel church, then the lake. But just to say: You can do it without renting a car in Andorra which was in my case impossible on an extended weekend Andorra was loaded with tourists, mostly from neighboring Spain