Harran and Sanliurfa are two ancient places mentioned in the Bible. Sanliurfa has origins that date back to the Neolithic, and it is named in both Uruk and biblical historical records. Harran is known for its beehive houses and early Islamic scholarly center. 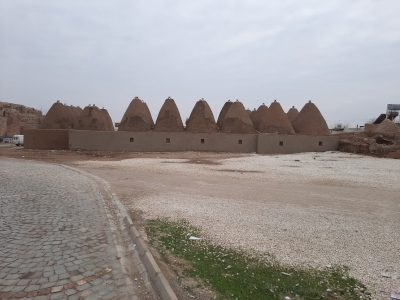 First things first: The naming of the site is a bit misleading, as these are very historic places with multiple different names and spellings:

Both cities are referenced (or claim to be referenced) in the bible, specifically relating to Abraham. Harran was a temporary home of Abraham and his ancestors. Urfa calls itself the City of Prophets and the birthplace of Abraham. This view is disputed. Still, the most prominent complex in Urfa is the area around the fish pond with the famous cave where according to local legend Abraham was born.

I came from cold Malatya in Anatolia. It was delight to leave the cold Anatolian plateau and arrive in Mesopotamia. Urfa and Harran more so no longer feel like Turkey, let alone Europe: This is the Middle East, After my mandatory visit to Göbekli Tepe, I dropped my luggage off at the hotel, a gorgeous historic town house in the old town. I felt like a prince.

In the afternoon I went to Harran by dolmus. The ruins are massive. There are several prominent structures left, most notably, the walls, a gate, ruins of a church/mosque and a Roman castle. The most famous structures are the beehives on the Eastern side of town. Unfortunately, the state of preservation/presentation is poor. As are the local inhabitants: Harran was the only place in Turkey where kids were begging.

The next morning, I visited Urfa's main sites. The old town and bazaar area are nice. The area around the fish pond is the obvious jewel with Abraham's cave and the mosques. Overlooking the area are ruins of a castle (in fairly terrible state, supposedly a bit dangerous and most certainly closed to visitors at my time of visit). Last stops on my visit were the Necropolis and the two stunning museums in Urfa: the Mosaic Museum and the Archeological Museum.

Harran, too, is a strong contender and probably as detailed by Els the more historic place. The beehives are unique. The Roman ruins are plain massive. But apart from the walls, most of the site is in poor state of preservation/presentation and should be polished up a bit.

I also don't understand what groups these two sites together and would favor separating them. Both on their own would be great additions.

Urfa is a major Turkish town with bus and plane connections. The bus terminal (otogar) is on the outskirts of town. Seeing cab fares are low, I would simply take a cab to the town centre. Personally, I went from the otogar to Göbekli Tepe by cab. First things first. Urfa old town has small roads so it may be best to simply get off and walk.

To get to Harran, you can catch a dolmus. The online descriptions are not helpful if you are staying in town centre. You don't need to go back to the otogar or the main junction way North of town. The bus runs along Akçakale Cd. I waited at a bus stop in front of the Urfa City Museum along Akcakale. Note: You are getting really close to the Syrian border. There are travel warnings for the region.

Nearby, Göbekli Tepe is a must visit. It adds to the story of the region being central in early human settlements and development of religion. It made me wonder, how continuous the religious importance of the area was. If you enjoy Göbekli Tepe, you may want to check out Karahan Tepe, too. I learnt about Karahan Tepe at the museum where the finds are shown next to Göbekli Tepe's. They don't pale in comparison. I would probably favor an extension to encompass both. 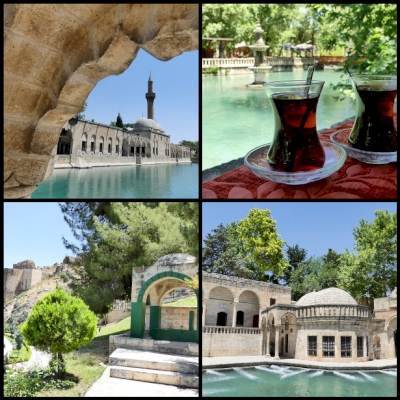 I visited Sanliurfa as a stopover between Gobeklitepe and Diyarbakir WHS. It is a very enjoyable and laid back city nicknamed the "City of Prophets". Its highlight, the Sacred Fish Lake or Abraham's Pool, is squeezed between the city proper (now also known as Urfa or Edessa in ancient times) and its imposing castle.

Sanliurfa was at the cross-roads of civilisations and was conquered repeatedly throughout history, and has been dominated by many civilizations, including the Ebla, Akkadians, Sumerians, Babylonians, Hittites, Hurri-Mitannis, Assyrians, Medes, Persians, Ancient Greeks (under Alexander the Great), Seleucids, Armenians, Arameans, the Neo-Assyrian Osrhoenes, Romans, Sassanids, Byzantines, Arabs, Seljuqs and Ottomans. According to Jewish and Muslim sources, Sanliurfa is believed to be Ur Kasdim, the hometown of Abraham, the grandfather of Jacob whom God named Israel. Sanliurfa is also one of several cities around the world that have traditions associated with Job (green tomb in photo, beneath the castle fortifications).

According to tradition, Nimrod had Abraham immolated on a funeral pyre, but God turned the fire into water and the burning coals into fish. The pool of sacred fish remains to this day and is believed to have healing properties. Any visitor can enter the glass floored praying area over the fish pond for free. The Islamic architecture and gardens around this pond are in a remarkable state of conservation and its decorations and architectural elements give a better idea of how places which are now in ruins, such as Medina al-Zahra in Spain, once were.

Surrounding the fish lake/pools are the Halil'ur Rahman Madrasa and Mosque, the tombs of great intellectuals such as Buluntu Hodja, Haci Mustafa, etc. It is also a pleasant place in the shade to enjoy a cup of tea or eat. Parking is readily available for a small fee just opposite the site, in front of the luxurious El Ruha Hotel, a great place to stay too. Unfortunately, the small road to Harran was completely being paved from scratch when we visited, so I decided against covering Harran as well but wouldn't mind visiting as well if the Archaeological Site of Zeugma ever makes it to the list. With around 85 tWHS, I was always bound to make such decisions as it is impossible to cover all the sites in one go, especially since most deserve the extra time and effort to cover them well. Even if not one of Turkey's top WHS, I still think that Sanliurfa would deserve to make it on the list. Perhaps also Mardin could be added to Harran and Sanliurfa as a serial WHS. 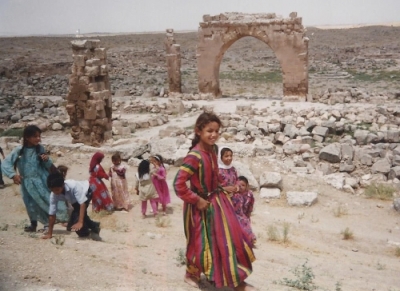