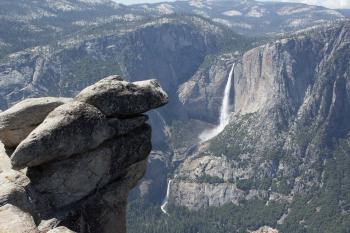 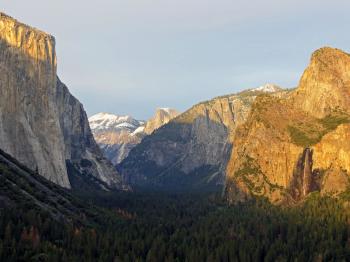 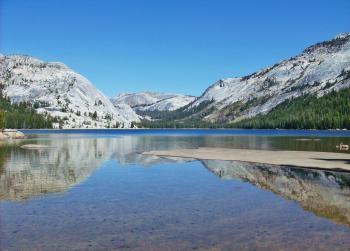 One million visitors or more: 4.3 million (2017)
Indiana Jones movie: Temple of Doom
Fatal Accidents or 'disasters': 18 deaths in 2011 "an unfortunate increase from recent years that has included a few terrifying deaths this summer, including three members of a church group who were swept over a waterfall and a pair of deaths from falling at Half Dome, the park's signature peak." (New York Times 9/6/2011) Plus: 1938 Yosemite TWA crash with 9 fatalities
Location for a classic documentary: Free Solo (2018)
Depicted in emoji: The National Park emoji was modelled after Yosemite and its Half Dome.
Google Doodles: October 1, 2013: 123rd anniversary of Yosemite National Park
On Coins: America the Beautiful Quarters, 2010