Kaeng Krachan Forest Complex is a vast forest area on the Thailand-Myanmar border. 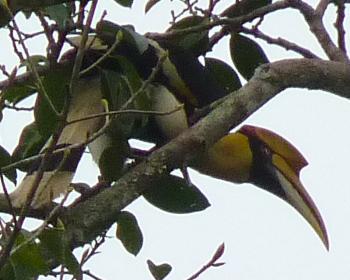 Natural sites with indigenous human population: Karen communities
Traditional Hunting: Karen Communities is permitted to reasonable hunt in NP
Indigenous groups expelled: "Karen communities who are asking to be allowed to return to their traditional homelands from which they were evicted since 1996" (AB ev)

Legends and Folk Myths: The "ethnic group Karen believe this is unsuitable place according to the beliefs of Chinese's Feng Shui, similar to [the] Bermuda Triangle."

Holocene: The post-glacial, Holocene climate has created both the flora/fauna mix and the landscape.

Controversial at inscription: Norway disassociated itself from the decision to inscribe the site, due to human rights issues
Inscribed on a single criterion only: X
Inscribed at third attempt or more: Inscribed after 3 Referrals