The Cultural-Natural Landscape of Ramsar comprises a sea resort on the coast of the Caspian Sea. The town offers hot springs, the green forests of the Alborz Mountains, the vacation palace of the last Shah, and the Hotel Ramsar. 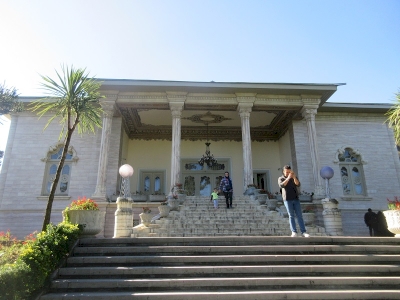