Sultanats Historiques des Comores is part of the Tentative list of Comoros in order to qualify for inclusion in the World Heritage List.

The Historical Sultanates of the Comoros comprise archaeological sites from five cities from the 13th and 16th centuries. They represent a distinct, local tradition of the Swahili civilization. The sites include royal palaces, religious buildings, fortifications and public places. 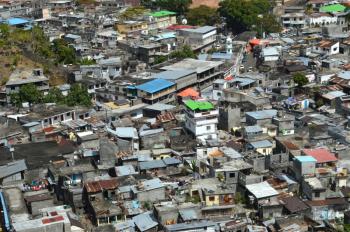 Anjouan -- In August 2016, I flew on Inter Îles Air (http://www.inter-iles-air.com) from Dzaoudzi–Pamandzi International Airport located in Mayotte to Ouani Airport in Anjouan. I had arranged through Laka Lodge on Moheli, where I stayed later in my trip, for an English-speaking guide to meet me at the airport. I visited the Medina of Mutsamudu, one of the medinas in the Sultanats Historiques des Comores tentative World Heritage Site, where I spent the morning wandering the medina's narrow lanes and visiting its main market. Visitors can contact my guide, Djonfar, directly (moukouboi (at) yahoo.com or +269 328-2490).

Grand Comoro -- I visited Moroni in August 2016, when I stayed at Itsandra Hotel (http://www.itsandrahotel.com/portal/index.php/en/), a short ride from Moroni. I visited the Medina of Moroni, which is part of the Sultanats Historiques des Comores tentative World Heritage Site, including the Ancienne Mosquée de Vendredi (old Friday mosque), which is the oldest mosque in the medina. 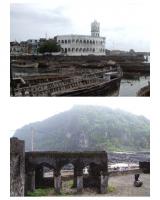 Their geographic location at the “crossroads” of the Indian Ocean has given the Comoros islands a complex history – settlers have included Malays, Indonesians, Arabs and Persians even before the arrival of Portuguese and French. From 14th to 19th century they were governed by a large number of petty and warring sultanates – 11 on the island of Grande Comore alone. The Travellers’ Dictionary of Quotation contains this comment from an English visitor to Anjouan in 1815 – “The people are almost constantly at war with those of the adjacent isles. Being in great want of gunpowder they prevailed on Captain Walker to give them the quantity that would have been expended in the customary salutes”. So it is hardly surprising that the country has identified some of the remains of these polities as 1 of its 4 T list sites created as recently as 2007. 5 separate locations have been chosen across 2 islands and we visited 2 of these on the main island of Grande Comore (Ngazidja) in Feb 2008. (Our trip to another island of Anjouan unfortunately had to be cancelled as an invasion was being planned to bring down its recalcitrant leader – “plus ça change” in the Comoros!!)

The World Travel and Tourism Council places the Comoros tourism industry 172nd in size out of 176 countries included in its statistics! There is perhaps more of interest in this unfrequented part of the world than these numbers might suggest but whether its “historic ruins” are of much note is another matter. However, if you make it there, you will almost inevitably take in at least 1 of the “historic sultanates” since it consists of a few streets within the tiny capital “city” of Moroni (pop c 70000). These climb back from the ramshackle harbour, full of sunken wooden boats, past the Mosque originally built 1427 (though the minaret wasn’t added until 1921) – Photo 1. On the way you will pass several ruined buildings said to be “palaces” but now little more than shells of coral blocks heavily encrusted with algae. After 30 minutes maximum that’s it! The interests within Moroni (as well as in the Comoros generally) are more likely to be found among the living rather than among the limited remains of a petty sultanate.

The second site was equally minimal – a few miles south of Moroni lies the village of Iconi set right on the coast at the foot of a volcanic cliff. This dates back to the 13th century and was once the capital of the Sultanate of Bambao whose ruler in 1886 united the sultanates of Grande Comore into the state of Njazidja - just before the French declared a protectorate (7 years later they exiled him to Reunion)! At the top of the cliff we were told there were defensive walls, whilst, at the water’s edge, the remains consisted of little more than a few arches - Photo 2.

Now the fact that there are only limited remains has not prevented other sites around the world from being inscribed but I find it difficult to see how these on Ngazidja could represent a site of “Universal Value” even if there was far more to see. The Indian Ocean trading system, the spread of Islam to “Africa” and the “Swahili Civilisation” are already well represented by far more significant sites. The T list documentation itself refers to “des caractéristiques spécifiques aux Comores” in justification - and therein lies the problem – where is the “universality”? Surely the Comoros will have to look elsewhere for its first WHS?