The city's history spans more than 2000 years: already in the first century BCE, a Roman colony was established at this strategic spot. The Arena, the Theatre, the Ponte Pietra bridge and two City Gates still stand till this day. 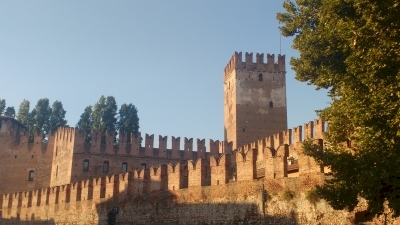 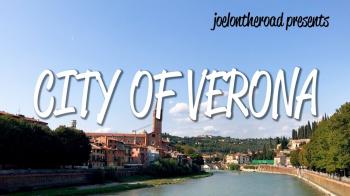 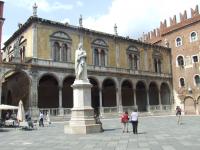 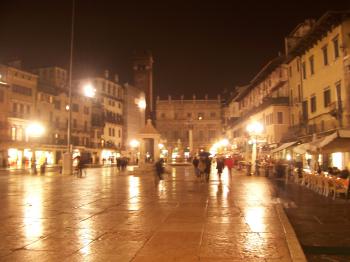 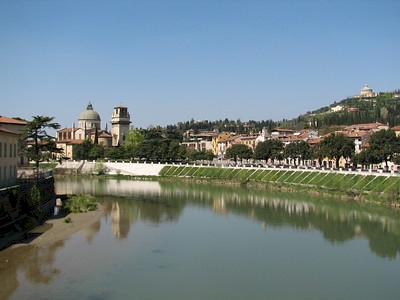 Verona is a city of gates, towers, and bridges. When you walk into town from the railway station the impressive 16th century Porta Nuova marks the beginning of the historical area. A little further there’s the Arena – a Roman amphitheatre from the first century and still in use for Verona’s popular summer operas. It’s an elliptic building, its dark hallways reminding me a lot of a modern football stadium. Construction works were going on, presumably for the opera season.

A few hundred meters to the west is a landmark of another era: the Castelvecchio. From its bridge, there’s a good view of what I found to be the most rewarding sight in Verona: the San Zeno church. The interior of this 12th-century church has a very pleasing colour scheme, soft colours enhanced by the sunlight coming in. Many frescoes decorate the walls. And I didn’t even get to see the supposedly marvellous bronze doors, they are (temporarily I hope) hidden behind wooden covers.

More to the north there are a number of pretty squares, a Dante statue, the Duomo, the Ponte Pietra bridge, and the Roman Theatre. Verona can easily be explored on foot, and there are always plenty of terraces around for lunch or people watching.

Although the city has lived through a number of ruling parties, it has a very homogeneous look. A lot of the same construction material has been used, and the shapes are what could be called ‘elegant romanesque’. On the theme of ‘urban continuity’, some parallels also can be drawn with the German World Heritage of Trier: it’s amazing to see Roman remains of this quality so far north in Europe. 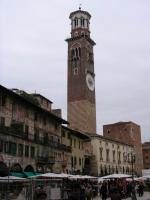 Damaged in World War II: Because of her important strategic position as the southern gateway to the crucial Brenner route through the Alps, Verona was an important target for heavy Allied bombings and suffered considerable damage during the war.