The Ancient Greek Theatres are a selection of 15 remains of theatres scattered across the territory of modern Greece, including some island locations. The theatres were built in the Hellenistic period between the 4th and 2nd centuries BC. They are the first examples of a type of functional architecture that has become the model for similar constructions up to the present day. The most important sites are the Dionysus Theatre on the slopes of the Acropolis, which is considered the birthplace of the theatre of ancient Greece, and the Theatre of Epidauros, the best preserved of this selection. 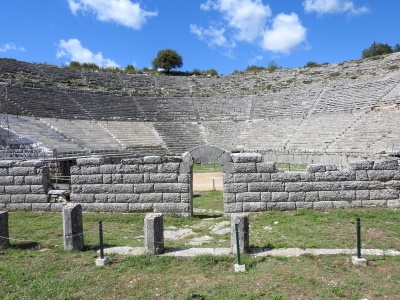 Dodoni (or Dodona, the Greek η does not translate well) is one of the 15 theaters included in the Ancient Greek Theatres TWHS. It even held a spot on its own on the Greek Tentative List between 1985 and 1996. I hadn’t singled it out as a destination on my Northern Greece itinerary, but when I had to return my rental car to Ioannina Airport anyway (only 30km away) I decided to have a look.

The site lies in a rural location, just off the main highway between Ioannina and Athens. There is ample free parking and the opening hours are 8-20. A ticket costs 8 EUR, and there are toilets and a little museum shop at the entrance. It is known as the ‘Dodoni Archaeological Site’, as its main historic relevance is that it was a sanctuary to Zeus. Within a walled enclosure lie the temples and a bouleuterion. Until the 5th century B.C., the cult rituals were executed by priestesses and priests under a sacred oak tree, where they “interpreted the rustling of the oak leaves to determine the correct actions to be taken”. Thousands of oracle tablets were found on its grounds with questions for the Oracle. Even Odysseus went there, as described by Homerus in Odyssey XIV!

The theatre dates from around 290 B.C. when King Pyrrhus (Ioannina’s airport is named after him, as well as the term Pyrrhic victory) started an ambitious building program to upgrade the sanctuary. It had a capacity of 17,000 spectators, making it one of the largest theaters in antiquity. They used the natural slope of a hill in its construction. During the reign of Pyrrhus, it was the stage for the 4-yearly Naia event with sports and dramatic competitions, similar to the Olympic Games.

The theater changed its appearance in Roman times, as the Romans made it fit for animal fighting. The first rows of seats were removed and a wall 2.80 meters high was built to protect the audience from the beasts. This also is the current state of the structure, which is complete enough to be used for performances. Extensive restoration works are still taking place. Much of the theater is fenced off and it felt disappointing somehow. It lacks a great stage like there is at the theater of Taormina (Sicily) for example.

I don’t really support this serial proposal lumping together a bunch of Ancient Greek Theatres of which some are inscribed already. And why only choose examples in Greece? However, Dodoni is a fine site to spend 45 minutes or so while you’re in the area. It introduces you to an important part of the history of Northern Greece and its famous King Pyrrhus. 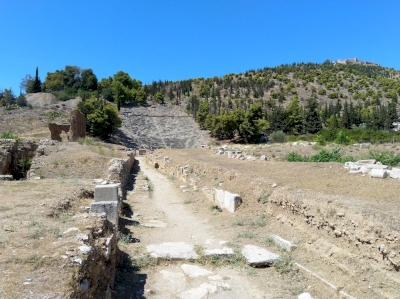 Greece is littered with Greek ruins: agoras, acropolis and amphitheatres. Places you have probably never heard of, e.g. Lindos on Rhodes, have amphitheatres that would make a medieval king proud. As such, I appreciate the huge tentative site as it guides your travel to lesser (and still great) antiquity sites to visit while you are in the area.

Excluding the already inscribed WHS (Delphi, Epidauros) and the buffer zone one (Athens), I have seen two amphitheatres in Greece: Argos and Lindos. Lindos was a day trip in Rhodes, Argos was on my way after visiting Mycene. These are nice sprinkles to a Greece trip. They come with an agora and in the case of Lindos with an acropolis, too. But are they WHS material?

If any of the proposed amphitheatres were in Germany, they would definitely have OUV. But for Greece and ruins from antiquity the requirements are substantially higher, a bit like Italy. Also, as I understand it (and from what I have seen on my travels), the best preserved amphitheatre (Epidauros) is already inscribed. As are the ones in Delos and Epidauros. And the Athens' one practically is, too, as you will visit it, when you are visiting the Akropolis.

I am not convinced that creating a serial site combining inscribed and further amphitheatres adds anything to the list. This should not keep you from visiting if you are in the area, though.

For the inscribed sites, check their respective page. For Argos, you will pass through when visiting Mykene. It's a 20min  walk from the bus stop. For Lindos, we took a bus from Rhodes. 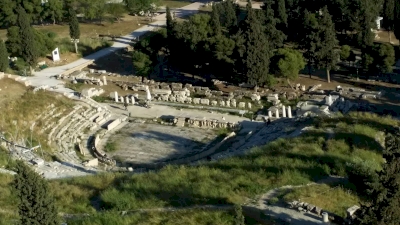 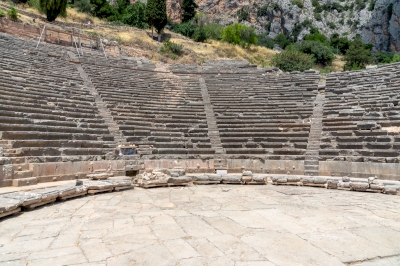 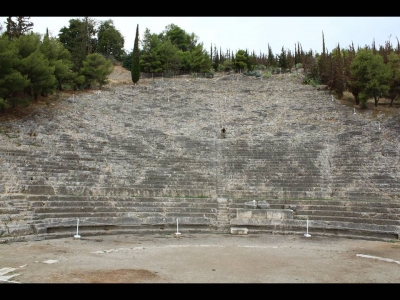