Mývatn and Laxá is part of the Tentative list of Iceland in order to qualify for inclusion in the World Heritage List.

Lake Mývatn and River Laxá comprise a unique freshwater ecosystem known for its pseudo-craters, waterfowl and midges. It is situated along the volcanic zone of the Mid-Atlantic Ridge. The perfectly shaped pseudo craters were formed by steam explosions as hot lava flowed into the lake some 2300 years ago. More species of ducks nest in the area than anywhere else in the world, including the rare Barrow's golden eye.

Map of Mývatn and Laxá 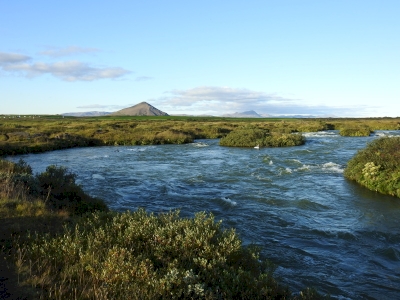 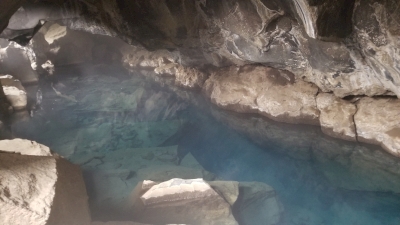 Mývatn lake is right on the 1 loop road around Iceland and thus impossible to miss. Lots and lots of people come to the area for the hot spring baths (mainly via Akureyri from the looks of it) and I have to say: don't do the Blue Lagoon - come here instead! Just open TripAdvisor for the Blue Lagoon and sort by negative reviews first to read how disgusting and overpriced it is plus the scenery down there is nothing spectacular for Iceland standard, thus it's basically for those with little time or lack of venturing further than Reykjavik and the Golden Circle. But this isn't a review for the hot springs anyway.

The lake is large but I don't find anything special about it. There were some ducks but overall, boring. The interested sections were the natural baths were they filmed Game of Thrones (look it up yourself as I won't post any story info no matter how old/minor). Unfortunately just a handful of people crowd out the small entrance and tourists often hang around here longer than one would think is worth checking it out for. There are quite a few of these and you can do mini hikes. The ever changing weather in Iceland made it a no-go for anything but 10min outside the car.

Unfortunately I didn't find it too amazing (the hot spring spa was nice) and it just seems like a regular place in Iceland. Still nice, don't get me wrong, but I wouldn't rate it WH material. 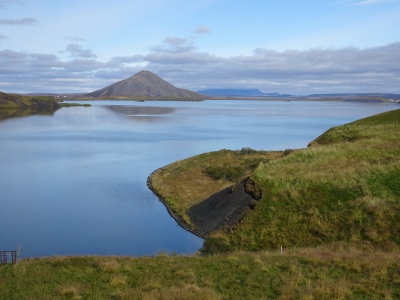 The Myvatn lake in northern iceland is aptly named "midge lake", as it is home to clouds of annoying flies, at least in summer. The flies can be a real damper on your travel experience here, to the point where putting a flynet around your head turns from a ridiculous tourist folly into a totally reasonable and diserable act. The area is a major tourist destination, with multiple sightseeing stations around the lake. A typical trip around the lake could include:

In the WHS application, only the pseudocraters are mentioned, the rest of the geological side attractions are not considered. Instead, the description concentrates on the biological richness of the lake, which is hard to evaluate as a normal traveller. Visiting in early autumn after the breeding season, I could not detect major differences between Myvatn lake and other lakes in iceland. It's also hard to appreciate the duck variety when you are covered with flies.
All in all, the visit to Myvatn lake was surely worthwhile and a nice experience, although maybe not among the top experiences in iceland. As with many natural WHS, I lack the knowledge to be able to judge the core worth of the site.
Visited in September 2018.
Importance 3/5 Beauty 3/5 Uniqueness 4/5 Environment 4/5 Experience 3/5