Plantations in West Curacao is part of the Tentative list of Netherlands in order to qualify for inclusion in the World Heritage List.

Plantations in West Curaçao comprises a cultural landscape of Dutch Caribbean slave plantations. They hold mansions, overgrown vegetation and remnants of slave quarters, outbuildings, archaeological sites and memorials. The former plantations included in this proposal are Ascencion, San Juan, Savonet and Knip. They existed in a semi-arid environment and in a setting where crops were grown for domestic use instead of export.

Map of Plantations in West Curacao 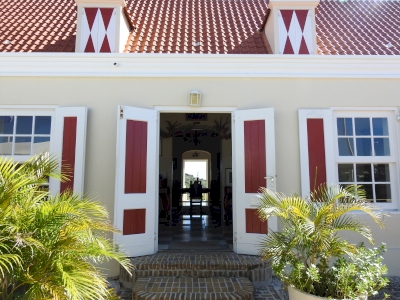 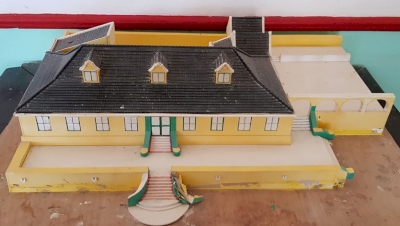 I went to 3 plantations in one day, and none take very long so it was on the way to one of the best beaches on the island: Grote Knip. There is the "Knip Manor" just outside the driveway with reasonable opening hours. San Juan is also on the way if you take the detour on the smaller road. Once you get to the outskirts of Willemstad it's clear roads. Both of these are on the tentative list because they are untouched, I visited a third one in town (Chobolobo) and took the tour (every hour) but it is a modern distillery and therefore not going to be part of the nomination.

What each landhuis has in common are that the interior decorations in European, or dare I say Dutch fashion. I don't find these exceptionally unique for the interior but they are unique for Curacao. Interesting was to see the slave books, to show who gave birth while working onsite, with a special room for such women.

I wanted to visit Ascension but it is only open rarely (Thursday for a tour and every first Sunday of the month to the public) which didn't fit my schedule at all. It may be the best one to visit though.

Would not be surprised if these get inscribed, as were the coffee plantations on Cuba but I disagree they are.