The Pobiti Kamani Natural Monument consists of groups of calcareous columns formed by natural forces. The formations are mainly stone columns between 5 and 7 meters high and from 0.3 to 3 meters thick. The columns do not have solid foundations, but are instead hollow and filled with sand. It lies in a desert-like landscape. 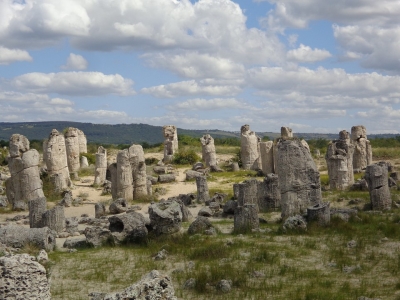