Chapultepec is a hill and a park in the southwest of Mexico City. It is a central place in the social history of Mexico since the 12th century when the Aztecs settled here. It includes many monuments, public buildings and recreational areas including the National Museum of Anthropology, the Tamayo Museum, but most notably the Chapultepec Castle. This 18th century neoclassical palace served as a military academy, an imperial residence, a presidential residence, an observatory, and an history museum. 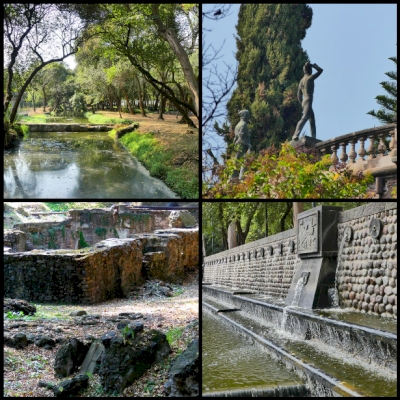 I visited this tWHS on several occasions in December 2021 and January 2022. It is Mexico City's equivalent of NYC's Central Park, but it really is huge with a number of museums (the best obviously being the National Museum of Anthropology), a botanical garden, a zoo, a castle, fountains, monuments, a monumental tree trunk, archaeological remains, artificial lakes, adventure sports, etc.

The Bosque de Chapultepec on Chapultepec Hill (the name Chapultepec in Nahuatl means "on the hill of the grasshopper" which is why there are grasshopper statues and symbols everywhere inside the park) is one of the largest city parks in the Western Hemisphere, measuring in total just over 686 hectares. It is considered to be the first and most important city park of Mexico City, with trees that replenish oxygen to the Valley of Mexico. The area encompassing modern day Chapultepec has been inhabited and considered a landmark since the pre-Columbian era, when it became a retreat for Aztec rulers (just below the castle, there are a few remains left). In the colonial period, Chapultepec Castle was built here, eventually becoming the official residence of Mexican heads of state. It remained so until 1940, when it was moved to another part of the park called Los Pinos. The castle is closed on Sundays and Mondays and houses the National Museum of History. The relatively modern 18th-19th century castle's highlights are the tower in the garden of the Alcázar, the staircase mural, and the stained glass windows but nothing that really possesses any OUV in my opinion.

Near the park, there's also part of a heavily restored or reconstructed aqueduct known as the Chapultepec aqueduct which during the Spanish conquest was used together with another Atzec aqueduct, and it led water from the springs of the forest to an area in what was the south of the city, called Salto del Agua. In the past it flowed over 904 arches and 3,908 meters.

All in all the Bosque of Chapultepec is a great place to unwind and most visitors to Mexico City will have passed through it probably unknowingly. Having allowed a pleasant half a day to focus specifically on its highlights alone as a nominated tWHS, I failed to notice any OUV and I don't think it deserves inscription. Perhaps it could be a very lovely buffer zone if the world class National Museum of Anthropology were to be nominated instead! 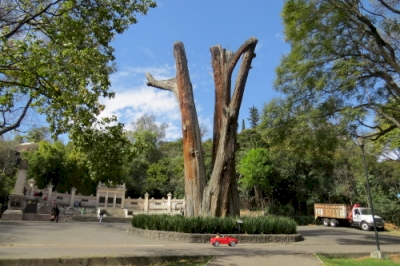 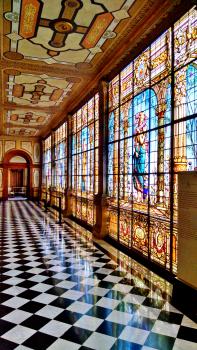