The villa was commissioned by Cardinal Ippolito II d'Este, son of Alfonso I d'Este and Lucrezia Borgia and grandson of Pope Alexander VI. He had been appointed Governor of Tivoli. From 1550 until his death in 1572, when the villa was nearing completion, Cardinal d'Este created a palatial setting surrounded by a spectacular terraced garden in the late-Renaissance mannerist style, which took full advantage of the dramatic slope but required innovations in bringing a sufficient water supply, which was employed in cascades, water tanks, troughs and pools, water jets and fountains. 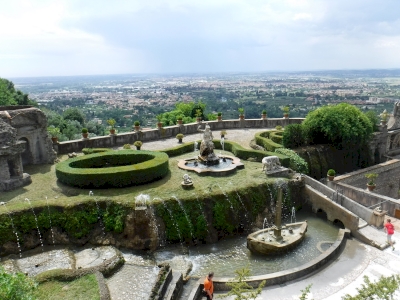 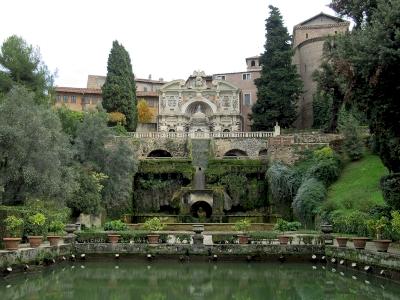 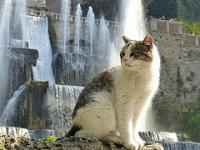 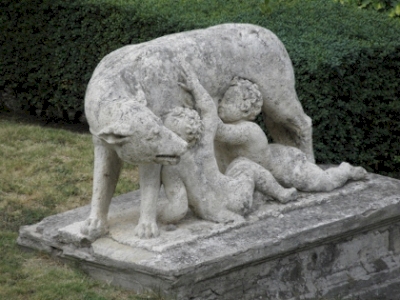 The Villa d'Este lies in the center of Tivoli. Due to its proximity to Rome I guess, it attracts more than half a million visitors a year. It's a bit of an old-fashioned tourist attraction, the main point of interest is its garden with water features. I stayed in a B&B within walking distance, and so was able to get in before 9 a.m. This way I had the whole garden to myself, except for a cat that sought my companionship.

I roamed around for about 1.5 hours. The differences in height make for good exercise, and the site has enough on offer to pleasantly surprise now and then. The most impressive parts I found were the Organ Fountain and the one representing Rome. I did a quick tour through the villa as well. Every room is covered in wall paintings.

After a while, I became aware that parts of the site actually are quite run-down, or need more care than they're getting now. About a third of the fountains were not working (especially the smaller ones). I don't know if this is a case of "the tourists will come anyway, so why bother", or that a severe lack of funds is hindering the upkeep of the site. Surely there could be made more out of it than is now. 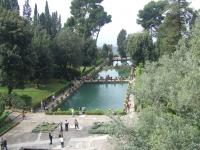