Al Bidya Mosque is part of the Tentative list of United Arab Emirates in order to qualify for inclusion in the World Heritage List.

Al Bidya Mosque is a 15th century mosque, the second oldest in the UAE. Its architecture shows Ottoman influence. The small, square structure was built from local materials, primarily stones of various sizes and mud bricks coated in many layers of whitewashed plaster. 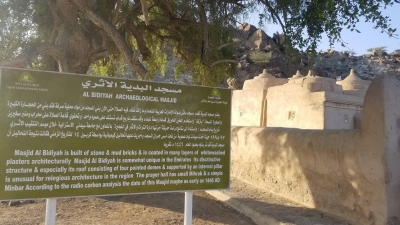