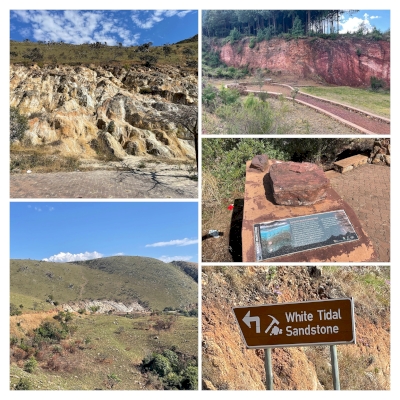 The sleepy little town of Barberton, which was founded in the 1880s during a goldrush, is an entrance gate to the geotrail of this site. We started out visiting the museum in the town, but it wasn’t very interesting because it’s focus was golddigging.

We enjoyed this route towards the border of Eswatini. The geotrail is road R40 upwards to the Bulembu border post. The road is paved (asphalt) and can easily be done by a saloon/domestic car. Its 35-40 km and has many stops along the road with information about the earth crust and what is displayed on each stop. Even to an amateur this is interesting, and it’s a very nice journey. The view gets more and more fantastic the higher you go! We found no paths to enter, so there did no hiking. The mountainside is steep so it would have been either steep up or down. In the end (close to the border) the saloon car must return to Barberton.

As we had “another wheels” we wanted to enter Eswatini through the Bulembu border crossing and follow the border south to Ngwenya, but the border post was closed due to covid. The only option left (except to turn around) was to follow the border on the South African side to the Oshoek border crossing. We entered this steep dirt road and descended to the lower area. In total it was a 55 km route in 1 1/2 hours, a partly very bad dirt road not suited for a saloon car.

The Barberton Nature Reserve is a 350 km drive east from Joburg airport. As we arrived from Mapungubwe we had a longer journey of 630 km, an 8-hour drive with a stopover in Graskop. We renounced Krüger national park due to extensive safari earlier on this trip in Tanzania and Malawi.

On our way to Graskop we passed Blyde River Canyon or Motlatse Canyon Provincial Nature Reserve.  It is 26 km long and is one of the larger canyons on earth even though it's smaller than Grand Canyon and the Fish River Canyon. Nevertheless, the view is stunning! It literally takes your breath away. 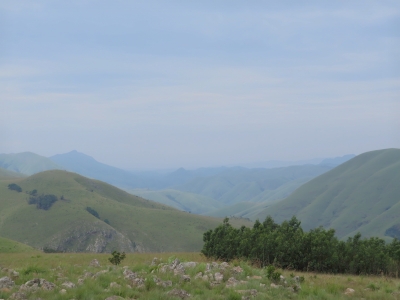