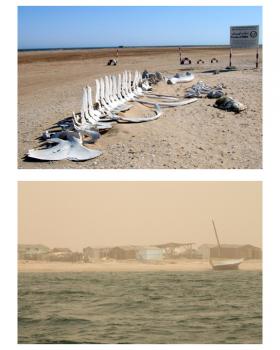 Shell Mounds (Middens)
WIC: Arguin was conquered by the WIC in 1633, using it for the trade in natural gum
Neolithic age: Neolithic archaeological sites and vestiges of the Almoravid civilization are found on some of the islands. (EOEarth)
Castaways or shipwrecked mariners: French frigate Méduse (1810) struck the Bank of Arguin off the coast of present-day Mauritania and became a total loss. .. Survivors resorted to suicide or killing each other, or "landed immediately on the coast of Africa, with most of the survivors making their way overland to Senegal, though some died on the way". After 13 days at sea, the raft was discovered with only 15 people still alive.