The Ateshgah (fire temple) at Surakhani is a 17th century former Zoroastrian sanctuary. It was a center of pilgrimage for Zoroastrians from the Indian subcontinent. The buildings, located around a courtyard, have several inscriptions in Sanskrit and Persian. 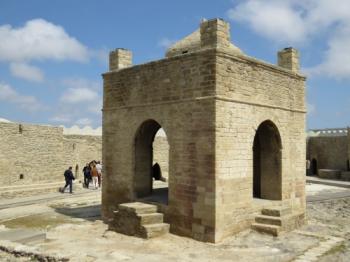