The city's wealth has its origins in the late 17th century, in 1693 gold was discovered here. The exploration for gold was a monopoly of the Portuguese crown. They taxed 20% on the findings. A heavy system for collecting the tributes and taxes was in place.

Small settlements of miners in search of El Dorado were joined in 1711 to create the city of Villa Rica (later renamed Ouro Preto, 'Black Gold'). The settlers were divided into two parishes and ethnic groups. Each group constructed its own church, bringing in baroque artisans.

At the height of its Golden Age, Ouro Preto had some 110.000 inhabitants (mainly slaves). The city was left to itself in 1897 when the state capital moved to Belo Horizonte. 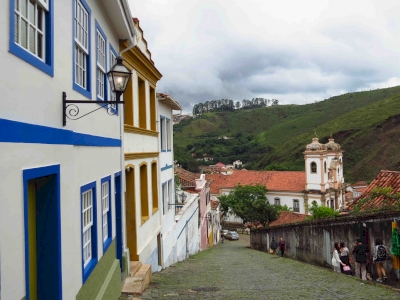 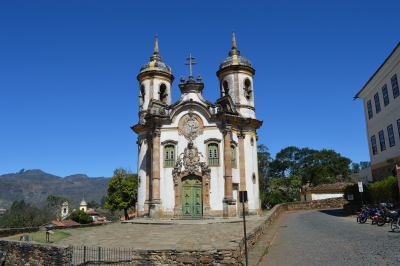 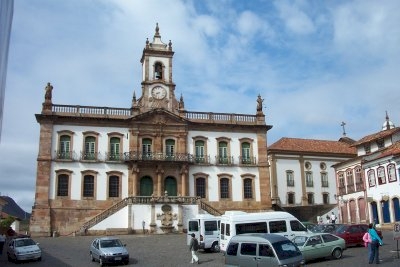 Locals here must be in good physical condition: the town´s cobblestoned streets go up and down and up again. These locals can enjoy themselves though, living in such a great city, wonderfully preserved and indeed very homogeneous in its looks.

Some great spots: the Igreja de Sao Francisco de Assis (with Aleidinhija carvings), the Museum de Oratorio, and the view down from the road to Mariana. You can also explore one of the huge old mines (Mina de Pasagem) just outside the town. Which I did, of course, becoming some kind of mining expert after visiting other mining WHS in Blaenavon (Wales) and Spiennes (Belgium).

Damaged by Landslide: The Solar Baeta Neves, a historic 19th century mansion, was destroyed by a landslide in January 2022.