Volterra is a historical city in Tuscany with a long history. After first being settled in the 8th century BC, during the 6th century BC it became the walled city of Velathri, one of the twelve Etruscan city-states. Largely medieval in structure, it contains remains from many periods, including the Porta dell'Arco, from the Etruscan walls, and a beautiful Roman theatre. The surrounding landscape has also retained its features over the centuries, including some large farms with significant architectural highlights. 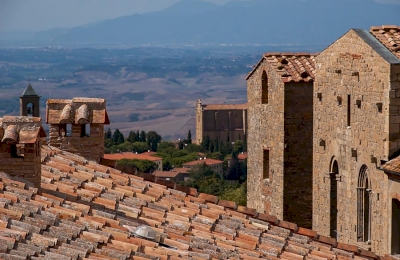