The late medieval fortifications in Greece are a selection of nine sites in strategically important locations in the western Mediterranean: on the coast of the Peloponnese, on the Ionian Islands, Crete and the Dodecanese. The increasing use of gunpowder in warfare made it necessary to reinforce and enlarge existing fortifications. Until the 16th century, many of the coastal towns were expanded into bastioned fortresses. The best-known examples of this selection are Rhodes and Corfu, both of which inscribed as WHS in their own right. 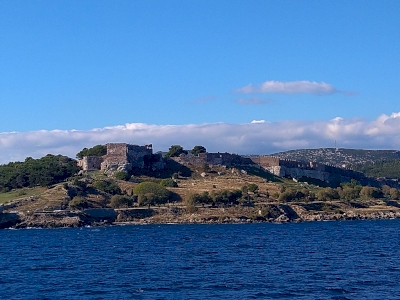 The Mitilini Castle of Lesvos

In order to visit Philippi from the island of Chios where I stayed for a month in October 2020, I took a 12-hour ferry ride from Chios through the islands of Lesvos and Limnos to Kavala.

2 and 1/2 months after I made this trip I realized that the castle I had seen near Mitilini, the main city of Lesvos and the port of call for this ferry, was a TWHS.

Even though I didn't even set my foot on the island of Lesvos, I just wanted to share this photo I took of the Late Medieval Bastioned Fortification.

Lesvos has been in the news in the recent years as the first place in the EU where many immigrants from the Middle East arrive. Less than 2 months before I was there, the Moria Camp, the main refugee camp 5 km away from Mitilini, was burnt by the protesting locals. But Mitilini looked quite peaceful from the ferry on this sunny day.

Other fortifications included in this nomination that I have been to are the ones in Rhodes and Corfu. 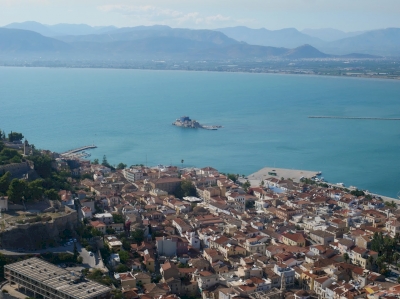 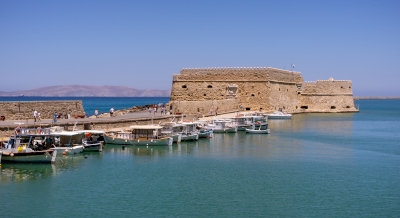