Historic zone of Basseterre is part of the Tentative list of Saint Kitts and Nevis in order to qualify for inclusion in the World Heritage List.

The Historic zone of Basseterre, the country’s capital, shows a mix of French and English colonial architecture. It was founded in 1625. Landmarks include Independence Square, The Circus, St. George's Anglican Church and the Basseterre Co-Cathedral of Immaculate Conception.

Map of Historic zone of Basseterre 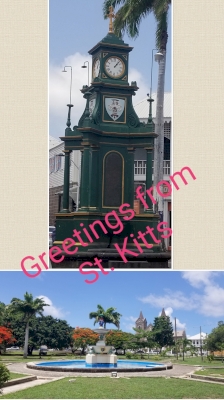 Noone actually expects Basseterre to be inscribed, especially with such a horribly short document that sounds more like something taken from a brochure you picked up at the airport.

It is entirely possible to skip town. The "nice" resorts are to the east and the airport to the north. I stayed at a place to the west. Cruise ships are stopping right at the port though (with a second being built). I even took a bus into town, walked through the Independence Square area and then took another bus towards the airport. Was it worth it? Absolutely not, but no big deal because it is so quick to get it done. 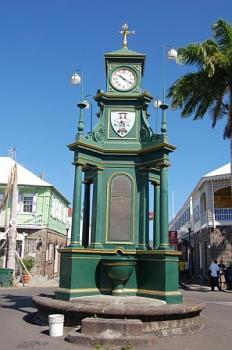 In February 2008, I flew on Winair from St. Maarten to Robert L. Bradshaw International Airport, which is only a short walk to Basseterre. In Basseterre, I visited the Berkeley Memorial, a clock that stands in the centre of the Circus, and Independence Square.