Les Alpes de la Méditerranée (Monaco) is part of the Tentative list of Monaco in order to qualify for inclusion in the World Heritage List.

Les Alpes de la Méditerranée is part of a transnational serial site focused on the geologic features of a still active mountain chain, not yet collapsed or eroded, that is cut transversely by an ocean basin, and that bears witness to three successive geological cycles. The Monégasque portion of the site focuses on a marine portion of the continental margin between Villefranche sur Mer, Monaco, and Vintimiglia, Italy. This offshore underwater section, from Cap Ferrat to Canyon de la Roya, shows the transverse laceration of the Alps by a younger oceanic basin. 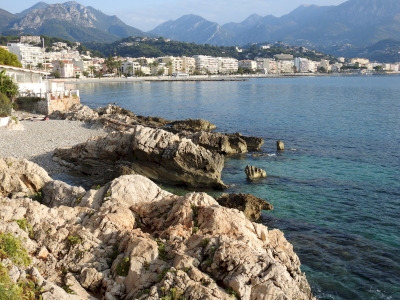