Tbilisi Historic District is part of the Tentative list of Georgia in order to qualify for inclusion in the World Heritage List.

Tbilisi Historic District comprises the center area of the city that has been the capital of Georgia for 15 centuries. It includes the ancient Persian fortress, the Byzantine Sioni Cathedral, destroyed by Muslim invaders and rebuilt by Christian faithful over the centuries, magnificent medieval monuments, low-slung Turkish baths constructed by Ottoman rulers, neo-baroque and Moorish nineteenth-century shops and theaters lining fashionable Rustaveli Avenue, the Stalinesque Parliament and endless lines of Soviet apartment blocks that adorn the hills around the city. 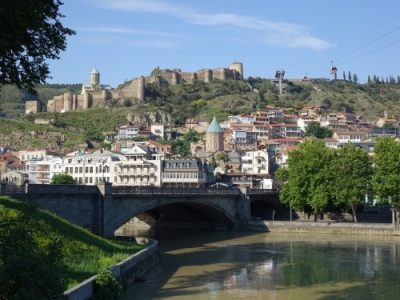 The other claim for OUV is: “always multi-national, free and tolerant in the respect of religious confession”. Church visits in general are a main pastime for tourists in Georgia anyway, and the Historic District of Tbilisi is one big mix of religious expressions. We had a look at the interior of an austere Catholic church, walked past 2 synagogues and a mosque, and visited 2 Georgian Orthodox churches. One of the latter (Sioni Cathedral) is home to 'Saint Nino's Cross' - an important relic of the original wooden cross that Saint Nino made on her way to Mtskheta. It was homemade, of two tree branches tied together with her hair - hence the peculiar drooping horizontal arms of the Georgian cross. 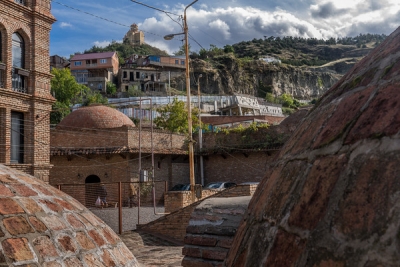 Absolutely one of the most charming cities in the world, I would recommend Tibili's Old Town to any traveler looking for inspiration that might reignite the travel spark. The Republic of Georgia itself is fascinating and my favorite places in the lower Caucasus region — the food, wine, architecture, history, and culture are completely unique in the world.

For the Historic District itself, the best way to explore is on foot and with a camera in hand. The aesthetic is just gorgeous, with lattice-worked balconies sighing from colorful buildings. It's a fading glory though, and you can feel some of the Soviet-era destruction and just lack of ability to maintain. In that way, Tbilisi reminded me a lot of Havana, Cuba — it's so pretty, but some of that comas as a decaying beauty that is the priced the city (and residents) paid for living through history.

The impressive Narikala fortress and Mother Georgia statue rise above the Historic District, which are also completely explorable and enjoyable. I've visited quite a few other UNESCO cities, including Antigua, Guatemala; Luang Prabang, Laos; and Hoi An, Vietnam — this one ranks high on this impressive list of cities. 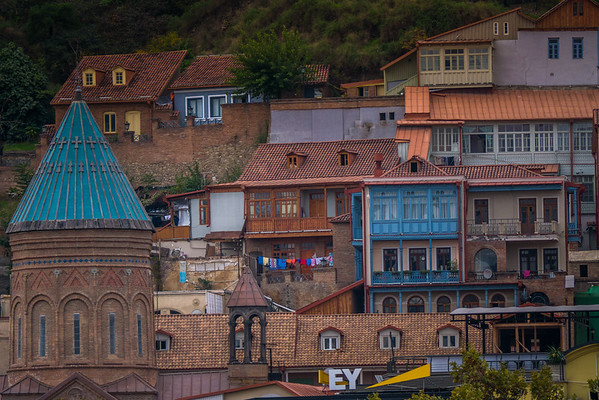 Perhaps even more enjoyable, however, are some of the more intangible aspects of traveling in the Republic of Georgia. The hospitality, the beautiful polyphonic signing (also UNESCO), the long history of wine (and the drinking of it that is quite present in current culture). Then, the city also makes for a great day trip out to other cities filled with historic monasteries, ruins, and more.

When you visit Tbilisi, you can absolutely feel the history and understand why this charming city is a UNESCO World Heritage Site.

I loved it even though it is not very well maintained. In its time of glory it had to be splendid.

Bureau 2001: to allow study of additional information by ICOMOS