Nice is a city on the Côte d'Azur, also known as the French Riviera, whose urban development over two centuries was almost entirely the product of the tourist industry.

In the 18th century Nice became a popular winter destination for English aristocrats. At the end of the 19th century, tourism expanded to all wealthy classes and finally became a mass phenomenon in the 20th century. The earliest architectural evidence of this evolution to a tourist hotspot is the Vila Nova, including the Promenade de Anglais. Then, the city expanded westwards and onto the hills to the north, where villa quarters and luxury hotels were built in the 19th and early 20th centuries. 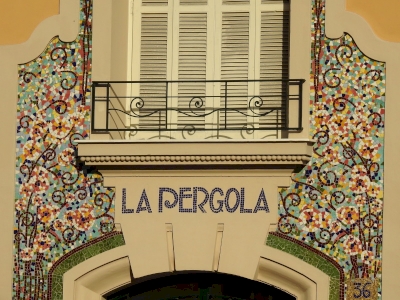 The beaches of Nice are pebbly. For beach tourism other areas of the French Riviera are surely superior. Culturally, however, it offers a lot for a few days stay. I would especially recommend its comprehensive and high quality museum of contemporary art, one of the best in Europe and the second best in France after Centre Pompidour in Paris. Nice is a comfortable hub for day trips along the French Riviera (Grasse, Cannes, Antibes, Saint-Paul/Vence to the east, Eze, Menton, Monaco, Ventimiglia to the west) with many sites that are artistically important (Matisse, Picasso, Fragonard, Le Corbusier, Renoir). Although interesting, I fail to see a great potential of OUV. Moreover, I would highly advise against visiting Nice during peak season. 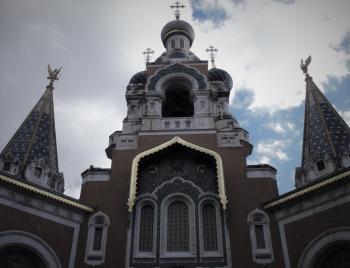 From "Nice, capital of Riviera tourism" to "Nice, Winter Resort Town of the Riviera" upon inscription (as suggested by ICOMOS)

Terrorist Attacks: On the evening of 14 July 2016, a 19-tonne cargo truck was deliberately driven into crowds of people celebrating Bastille Day on the Promenade des Anglais in Nice, France, resulting in the deaths of 86 people and the injury of 458 others. (wiki)

Built in the 18th century: From the middle of the 18th century, the mild climate and picturesque setting of Nice attracted an increasing number of aristocratic and upper class families (AB ev)

Twin Towns: Nice and Cimiez: Cemenelum (Cimiez) was an important rival of Nice, continuing to exist as a separate city till the time of the Lombard invasions. (Wiki)
Epic Subtitles: Winter Resort Town of the Riviera
Built or owned by British: Promenade des Anglais - "the English proposed that they could work on the construction of a walkway (chemin de promenade) along the sea. It was funded by the Reverend Lewis Way and members of Holy Trinity Anglican Church." (wiki)
In a Hitchcock movie: Featured in To Catch a Thief (1955).

Inscribed on a single criterion only: ii
Name changes: From "Nice, capital of Riviera tourism" to "Nice, Winter Resort Town of the Riviera" upon inscription (as suggested by ICOMOS)