Natural and Cultural Landscape of Danube Region is part of the Tentative list of Slovakia in order to qualify for inclusion in the World Heritage List.

The Natural and Cultural Landscape of Danube Region comprises a forest ecosystem, Roman Limes remains and Slavic settlements. The area is important for waterfowl and freshwater fish.

Map of Natural and Cultural Landscape of Danube Region 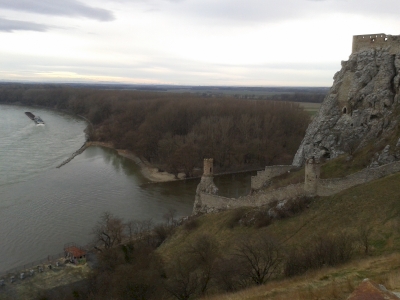 The nomination is divided between cultural and natural heritage of the Danube region. The natural part consists of several strict reserves and protected landscape areas of marchlands and sands around rivers Danube and Morava. As it is mostly impenetrable landscape, I could see it only from distance during my trips to southern Slovakia and northern Hungary. The problem is that the natural part of this nomination is under strong pressure of development, and I have doubts about its qualities on the international level.

As concerns the cultural part of the nomination, this part of Europe has been inhabited by humans for thousands of years, and every culture has its imprint there. The most important is probably Danube Limes, which has been nominated as separate TWHS with high chances for inscription in 2020. I do not understand why the area should be inscribed two times – it makes no sense to me. In the nomination text, also several medieval churches in small villages and archeological excavations of Slavonic settlements close to Danube and Morava are mentioned, and also old town of Bratislava is included, which I visited several times already. Once again, all these places are of national importance without any OUV.

Very recently, I visited Devin village, ruins of castle and limestone rock at the merge of Morava and Danube rivers some 10 km from Bratislava, and it is not far also from proposed component of Danube Limes on the Austrian side - Carnuntum. Devin is easily accessible by frequent buses 29 from Bratislava city center (I went from the bus stop Chatam Sofer – another TWHS). From the huge castle (entrance fee 2 EUR), there are beautiful views to Austria, Male Karpaty mountains and to valleys of Morava and Danube (PHOTO). Besides the medieval castle, there are excavations of Roman settlement and a basement of quite big church from the period of Great Moravia (9th Century). Even if all the imprints from ancient and medieval times are quite interesting and the contact of the very end of Carpathian ridge with big river is impressive, this has no chance to become WHS.