Lake Atitlán, in combination with the three volcanoes at its southern shore, is of natural scenic beauty. It is an endorheic lake, feeding into two nearby rivers. The lake fills a volcanic caldera. continuing volcanic activity has built three volcanoes in the caldera. Volcán Atitlán lies on the southern rim of the caldera, while Volcán San Pedro and Volcán Tolimán lie within the caldera. 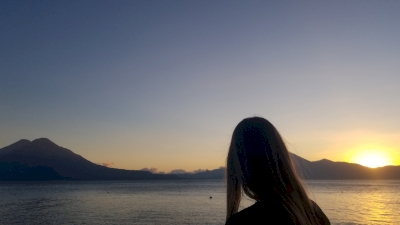