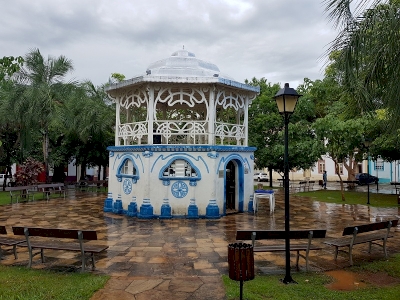 For those traveling in Brazil by car, Goias is very remote, even more so than Diamantina. Having started our trip in Rio, it was here that we got to know the real enormity of the country - we drove from Diamantina over 12 hours and 1000 kilometers, with an overnight stop on the way. Long road, bad weather (the last three hours we were driving in heavy rain that did not let go during the first hour of our stay in Goias) and the accumulation of colonial towns in the previous days probably caused our fatigue - Goias Velho did not appeal to us very much. This does not mean, of course, that Goias stands out negatively among the old colonial towns - nothing like that, it is quite nice, picturesquely situated and beautifully renovated. But it did not delight us and did not capture anything special that would justify such a long journey. During our visit (November 2020) it was also completely free of tourists. It gained a bit in our eyes in the evening when it stopped raining and we could enjoy the sunset over the river flowing through the historic center.

We traveled to Goias through Anapolis, but on my way back to Brasilia, I chose a different route, leading through another colonial gem - Pirenopolis. It was a bull's eye, I give you my word that Pirenopolis is probably the most beautiful colonial town in Brazil we have seen and we were a bit sweetened by a slight disappointment after Goias itself. The road through Pirenopolis (unfortunately, the dirt road on the Itaberai - Jaragua section) is also worth recommending because of its natural values ​​- you drive, among others, right next to the magnificent Salto de Corumba waterfall. 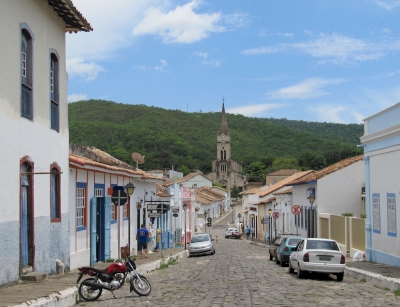 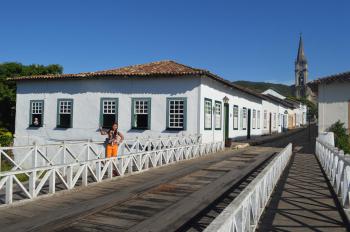