Monastery of Santa María de La Rábida and the Columbus Memorial Places in Huelva is part of the Tentative list of Spain in order to qualify for inclusion in the World Heritage List.

The Columbus Memorial Places comprises fourteen monuments in and around the town of Palos de la Frontera that are related to Christoph Columbus' discovery of America. From Palos de la Frontera, Columbus set sail in 1492 to discover the sea route to India. Santa María de La Rábida is a Franciscan monastery where Columbus stayed before his first voyage. Thanks to the intervention of Prior Juan Pérez, the confessor of Queen Isabella, Columbus finally obtained the consent of the Spanish Monarchs. 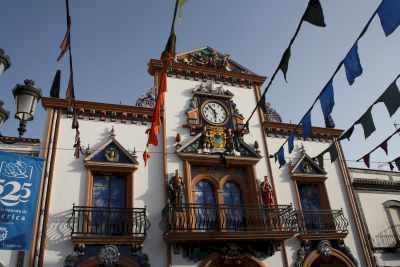 March 2017 - for our honeymoon we chose Andalucia as a Destination and had 2 weeks time to visit the many beautiful cities and sites. Day 1 we landed in Sevilla, got our rental car and had still time to drive up to Huelva. We stopped in Palos de la Fronterra, a festival was taking place in remembrance of 525 years of Columbus discovering America.

Very nice little town, the church roofs were inhabited by storks probably a few weeks before going back to northern Europe. The atmosphere was even better due to the little festival. The area however is predominantly covered by strawberry and tomatoe glasshouses. It looks somewhat unreal and destroys the historic flair of the area. We still drive to Rapida to see the Monument and the Church before we found a wild camping spot at the coast further east. 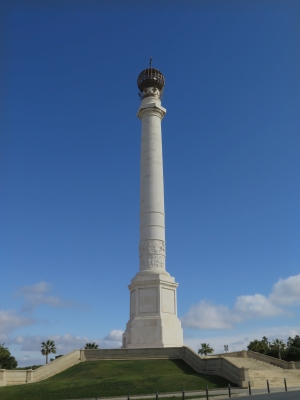 I'm very torn on the monastery in La Rábida as it is after all the place Columbus planned and discussed his journey that would lead to the discovery of the Americas; however, it is padded with modern paintings from the last decade rather than show what it really was like.

Your best bet is to get the audio guide (I think it was included in the price) unless you are with a tour. I've listened to a tour going through and they pretty much got the same info fed as the earphones. It will take you around 45min to get through everything.

As mentioned the new stuff doesn't interest me even if the frescos are nice, but there are original documents on display, dirt from all the American countries (I don't quite get this as they were not established back then) and you get a little bit feeling of the origins of Columbus' journey including miniatures of the ships, again they are not ancient but more there for completing the understanding.