Jerusalem is part of the Tentative list of Israel in order to qualify for inclusion in the World Heritage List. 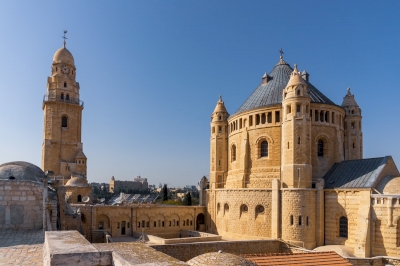 When in Jerusalem, Mount of Olives and Mount Zion are practically unmissable parts of the itinerary, both for the historic and religious sites situated on them, and in case of Mount of Olives for the canonical wide perspectives over the entire Old City.

There are several interesting sights on the slopes of Mount of Olives, such as Dominus Flevit Church, Mary Magdalene Church, Church of All Nations and the Garden of Gethsemane, the Tomb of the Virgin. Mount Zion is headlined by the Tomb of the King David and the Abbey of the Dormition, as well as the Room of the Last Supper.

This tentative submission is meant as an extension to the already inscribed Jerusalem Old City, and I fear it will not get sufficient consideration with Israel having left UNESCO a few years ago. To me, these and other parts of the area surrounding the walls of the Old City are an indelible part of the historical and cultural complex. 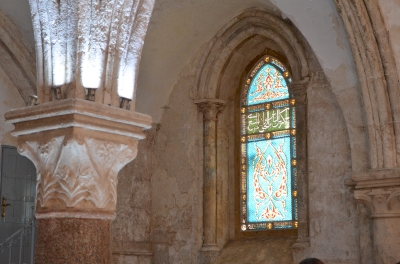 Jerusalem is one of the greatest, most historic, and holiest cities in the world. Literally more than half of the world subscribes to a religion that considers Jerusalem a holy place, if not the holiest city of all. Now, the World Heritage Site of Jerusalem consists of the historic center within the walls, but just beyond the south side of them, through the eponymous gate, lies Mount Zion. This hill is a symbol of the identity of the state of Israel, and it has countless mentions in various Abrahamic religious texts as it refers to Jerusalem itself. There is much more than symbolic significance in this little hill, however. I visited Mount Zion in May 2018 and it really is home to very important religious sites. The Dormition Abbey was our first stop, which was finished in 1910 with a circular body and a crypt. Over at the Cenacle, the Room of the Last Supper or the Upper Room is a Crusader-era church turned mosque, and shows legacies of both religions with the Gothic vaulting and a mihrab. The ground floor below houses King David's Tomb, one of the holiest Jewish sites. The hill is just as much a demonstration of the relevance of religion in this city as the walled city itself, and together, they make up a great landscape of holiness and abode of world religions.

Mount Zion features a few significant sites, the most important of which is the Room of the Last Supper and King David┤s Tomb both in the same complex. There several historical cemeteries on the slopes of the mountain.