The forts of Rostaq and al-Hazm are two forts in northern Oman, situated 19km apart. Rostaq fort holds one of the oldest remaining forts in the country (7th century). It was built on top of pre-islamic fortifications. Al-Hazm fort dates from the 18th century. 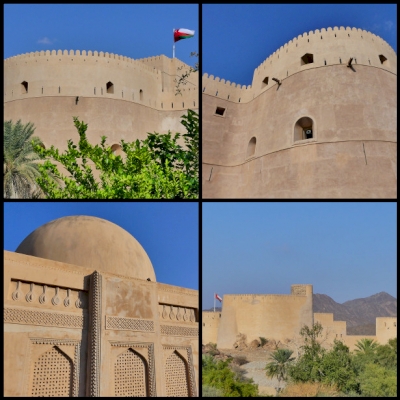 I visited both locations of this tentative WHS in December 2020. The best way to visit is as an afternoon side trip from Muscat as the roads are perfect for any vehicle (the road from Al Ayn still requires a 4x4 vehicle and is not worth the hassle since the best time to visit, especially for photography, is in the early afternoon before closing time).

I planned to visit Al Hazm Fort (marked as Al Hazm Castle) first, followed by Rustaq Fort and Nakhal Fort and its several watch towers nearby (even though the latter fort and towers are not up for inscription) via a convenient loop on road 13. The Al Hazm Fort (top photos) was built in the beginning of the 18th century towards the end of the reign of Al Yarubi tribe in Oman, when Rustaq was their capital. The Al Yarubi tribe is most famously known for expelling the Portuguese from Oman. They are also responsible for constructing a number of other significant Omani forts and castles including Nizwa Fort and Jabreen Castle (which I visited towards the end of my trip in Oman in January 2021). There is a clear difference between the latter two forts and Al Hazm, namely the shift in the construction of Omani forts designed to withstand gun attacks to those designed to withstand cannon attacks, with Al Hazm being the more technologically advanced structure. Since back in the 18th century, the imam resided in Al Hazm, it features numerous unique ornate stucco elements as if it were a palace-like structure and unlike most forts in Oman it doesn't have wooden rafters but roofs held up by columns. There is a recently restored falaj just opposite the main entrance and on the rear side of the fort's wall, local boys have put up metal goal posts to play soccer around sunset!

Next we headed to Rustaq and after visiting the inscribed Falaj Al Muyassar, since we felt we had visited a fair share of forts, we hiked around the high walls of the 13th century Rustaq Fort (bottom right photo) and up towards a magnificent viewpoint close to the Ibadi tomb of the Imam Ahmad bin Said al-Busaidi (bottom left photo), first ruler of Oman of the Al Said dynasty, which from afar resembles the Samanid Mausoleum found in Bukhara, Uzbekistan. From here we could easily appreciate the imposing fort built on three levels with 3 metre thick walls and like Al Hazm with roofs built on columns and not on wooden supports. Al Rustaq Fort is surrounded by nature: date palm groves, caves with subterranean springs with sulphur content, and 3 wadis (Wadi Bani Ghafar, Wadi Al Sahtan and Wadi Bani Auf). Interestingly, beekeeping is still one of the main sources of livelihood here.

Although we enjoyed visiting these forts as well as the huge Nakhal fort and watchtowers towards sunset, I would only be in favour of their inscription as an extension of Bahla Fort, possibly as forts and castles of northern Oman, and not on their own. 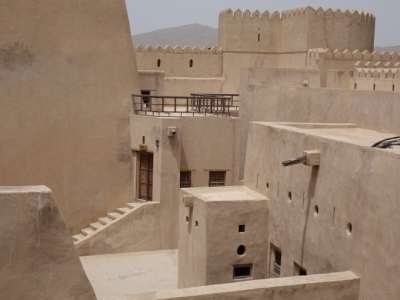 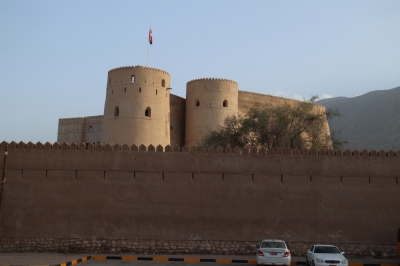 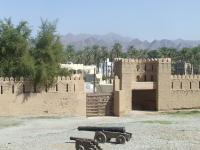