Kunya-Urgench was a major trade center on the Silk Road from the 10th-14th centuries and the capital of Khorezm region. Its architecture has influenced buildings in Iran, Afghanistan and the Moghul Empire.

The city was destroyed by Genghis Khan in 1221 and the Timurids in 1372-1388. It was rebuilt both times. In the 16th century, it lost its capital function and fell into decay. The site was then abandoned until the 20th century when it was used as a graveyard. It is still a local pilgrimage site.

The archeological site contains many monuments from the 11th-16th centuries. Its Kutlug-Timur minaret dates from the 11th century and is 60 m. high. There are also two fortresses and several mausolea on site. 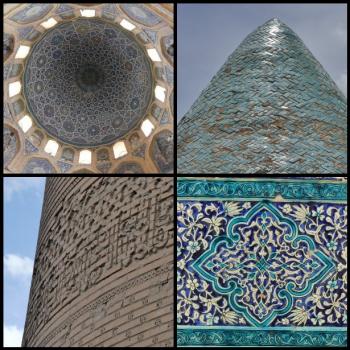 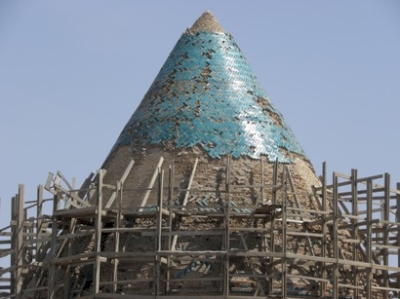 Kunya-Urgench (Old Urgench) in my opinion is the most impressive of the Turkmen WHS. It's a flat, deserted, hot stretch of land dotted with monuments here and there. The wonderful minaret (the oldest of its kind remaining in the world, and one of the highest buildings from its period) draws your attention right away. The adjoining Tekesh Mausoleum is now under construction, but its turquoise conical dome is still visible.

Visiting the site is well organized: there's a footpath that links the monuments. Some of them can be visited inside too, but often they have been taken over by groups of pigeons. Worth mentioning is the Torebeg Khanum mausoleum which has a wealth in mosaics. Those under the dome are put together like a calendar.

Silk Roads: Classic Land Route; trading centre and caravanserai (wiki)
Khorezm empire: First capital
Golden Horde: "In 1321, the town was annexed to the Golden Horde"
Achaemenid Empire: Urgench was the capital of the Khorezm region, part of the Achaemenid Empire
Located in a Former Capital: Capital of Khwarezmia 1077-1221
Seljuk Empire: was a major centre of Khorezm, ruled by the Seljuk dynasty (AB ev)