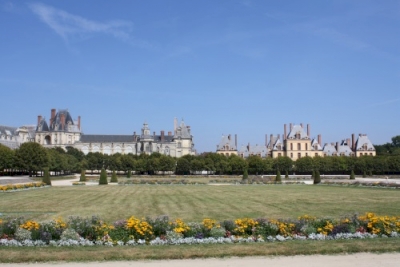 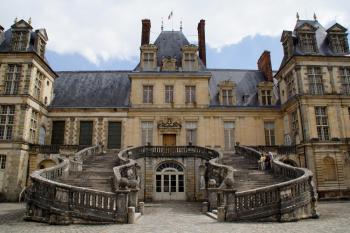 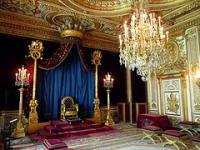 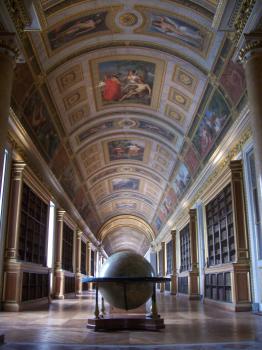 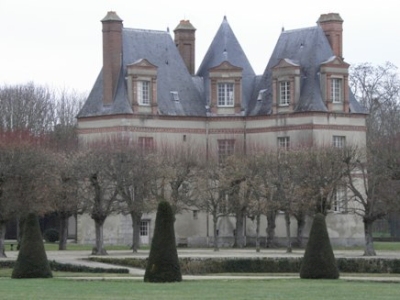 For some reason I had anticipated finding something completely different: my navigation brought me right into the center of the town of Fontainebleau, while I had expected to visit a hunting castle somewhere in a forest. At first sight, the castle looks quite small and disappointing too.

I wandered the grounds and part of the gardens. There are some nice black sculptures, but nothing too exciting, especially in winter. There were only a couple of other visitors around. So few of them that I wondered if the interior would be closed - I visited on a Saturday, around lunchtime and had expected crowds.

I used a pretty good audio guide to explain the castle. Each room has signs too in French and English. One of the best is the Gallery of Francis I, a covered passageway that he had built for himself. Its walls are adorned with beautiful frescoes. Another great room is the Ball Room (see large photo above). There's a room completely in Rococo style, rooms full of gobelins, ornate bedrooms. Almost at the end of the tour, you'll find the Throne Room of Napoleon, the only such suite in France still in its original state. 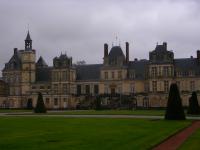