The Ancient cities of Upper Myanmar comprise ancient capitals and related structures of minor and major Burmese kingdoms from the 14th to 19th centuries. The cities all have notable Buddhist monasteries, pagodas and other institutions. At Mingun there is an unfinished giant stupa. They are all located in the vicinity of Mandalay, Myanmar’s second-largest city. 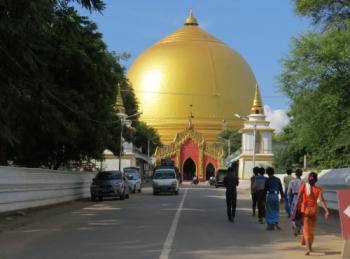