The site stretches about 1 kilometer from east to west, and holds 53 caves with 51,000 statues. Yungang is a relic of the Northern Wei Dynasty (386-534) of the nomadic Toba people. They recruited 3,000 monks from along the Silk Route to turn Buddhism into their state religion. 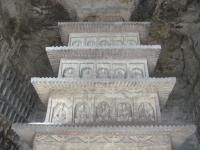 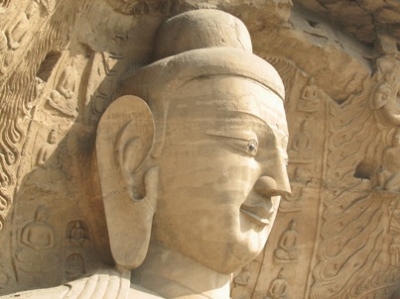 Dusty and dry Datong sees a fair number of western visitors due to its location relatively close to Beijing and because it's the first stop in China of the Trans-Mongolian Express. This medium-sized city has a couple of sights, of which the Yungang Grottoes are the most worthwhile. Bus 3-2 plies the 15 km from the train station and the city center to the grottoes.

My visit lasted about 2 hours, enough to take in all the major caves in detail and walk around once more to take it all in from a distance. After having visited Dazu and Longmen, I think Yungang has a good mix of the features of those two. I'm still not fed up with the Buddhist rock carvings and looking forward to visiting the Chinese Buddhist rock art site number 4: the Mogao Caves.

Beijing hotspot: Train from Beijing North or Qinghe is just 2 hours and very frequent. From Datong South Railways Station, you can take shared taxi for 30 min to the Grottoes or public bus for 2 hours (need to transfer in Datong city center)