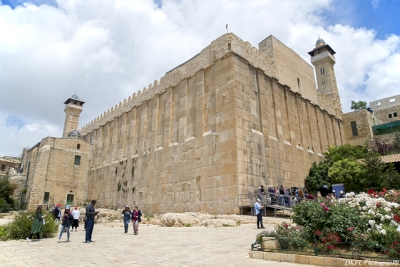 Before thinking you are about to see a major Jewish site, note that Masada is a Roman ruin all in all, the only exception being a synagogue converted from a stable by the Jewish rebels. Despite Josephus' claim that Masada was first occupied by the Hasmonean, no archaeological finding can support such claim and the current consensus points to Herod founded the site as a fortified palace between 37 - 31 BC.

Many have even cast doubt on whether the mass suicide by the Jews had in fact occurred, pointing to the fact that Josephus couldn't possibly have known what had transpired since he was based in Rome at the fall of Masada, this compelling story nonetheless has taken a life of its own

The sky finally took a turn for the better as we approached Hekeng Tulou Cluster. A short hike to a hilltop lookout gave us a far-reaching view of the below valley occupied by tulou in different shapes and sizes. Our mood finally experienced a slight uptick – the view was fantastic, and the village appeared lively enough to hopefully allow us to spend some quality time there without immediately thinking ahead on what’s next.

My favourite place in Italy besides Rome is not Venice, Florence or Tuscany but the relatively obscure wine producing region of Barolo in Piedmont. This seems to run counter to most of the comments here, but Piedmont is the only region that has successfully grown and produced wine from Nebbiolo.