The Royal Saint-Hubert Galleries are an ensemble of glazed shopping arcades in central Brussels. Dating from the mid-19th century they were the first truly public covered galleries in Europe, inspiring those in other cities such as Milan and St. Petersburg. They were seen as a symbol of the up and coming bourgeois consumerism. 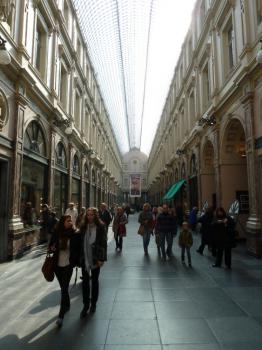