Historical Lisbon, Global City is part of the Tentative list of Portugal in order to qualify for inclusion in the World Heritage List.

Historical Lisbon is the result of the exchange between peoples and cultures over the centuries since the first settlement in the 7th century BC. The characteristics of the Roman, Islamic and medieval settlements are still visible in the historic quarters. Significant events in Lisbon's history were the globalisation initiated by the Portuguese discoveries in the 15th century, the subsequent massive expansion during the Renaissance, and the reconstruction of the Baixa Pombalina after the earthquake in the 18th century. 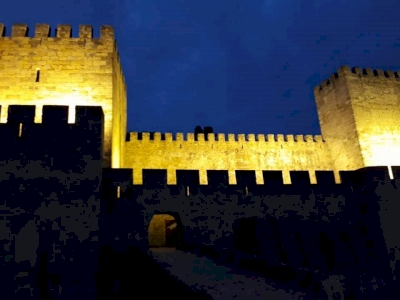 "Global City", indeed. Lisbon is one of the world's most important historic cities for launching the world into the Age of Exploration, but how much of that same Lisbon is left? Not much, as in place of the primary components of this long gone seat of worldly power stands Pombaline Lisbon, for which the few remains from the earthquake were demolished to create a brand new city from scratch. Indeed, much of the OUV claimed by this T-list site is based on what once stood and what now stands in that district. The sad truth is that this global city is no more, in structure and in present-day context, but Lisbon as a historic city does show itself in other areas.

I visited Lisbon in May 2017, and I thoroughly enjoyed it. On the day I arrived, I spent the afternoon in the hill district of Alfama and its highlight, Castelo de São Jorge. The district is more aesthetically pleasing than the 18th century Pombaline area, as the buildings seem older and more interesting, and the roads weave around in a labyrinth across the hillside. This was the old Muslim quarter, and this layout is all that really remains from that period. A short walk uphill leads to the citadel of São Jorge, which contains a great viewpoint of Lisbon, an archaeological museum of the site, and a bunch of peacocks that hang out in the trees and yards. Then of course, there's the main castle, or castelejo. It's an impressive and well-preserved medieval construction, surrounded by a (now dry) moat and thick walls with the iconic little square indentations found on the wall tops of medieval castles. Nearby is its archaeological zone, with excavations revealing levels of Roman and Muslim occupation. A few days later, we visit the Sé, the Romanesque cathedral of Lisbon with belltowers much like those in the castle.

So is the global city a worthy World heritage Site? Seriously, that title is getting cheesy. No, as great as the sites I visited were, they were in no way an indication of this cultural and imperial center of the world they claim Lisbon to be. The significance of the Age of Discovery is much better manifested in the already-inscribed Belem sites. Only Pombaline Lisbon can truly claim human genius, innovation, structural influence, and adaptation to natural conditions, and therefore has a stronger case on its own. All the rest of Lisbon has is its long rich history, demonstrated in the layout of Alfama, the architecture of places like the Castelo and Sé, and the various archaeological layers in the citadel. Is that enough to prove a clear OUV? Unfortunately, I think not, but together in one city, they do make an interesting case. I just don't want Lisbon to fall into the same fate as Rome and Paris, having all kinds of sites and areas grouped into a single site, but that may be the only way to get some of these precious areas inscribed. I still love Lisbon, I just don't think this particular approach (area grouping and theme/title) is the right one for it as the World Heritage (not Global!) city that it truly deserves to be 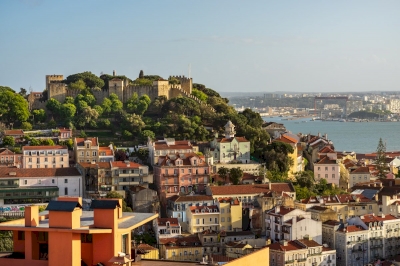 Both the description and the OUV justification on the tentative WH submission for Lisbon outline with significant detail the uniqueness of the city history and its importance in the Age of Discoveries. And yet, ask practically anyone who had toured Portugal to name their favorite stops in the country, and it is highly unlikely that the capital would feature even among the top five.

This lukewarm impression is not entirely unfounded. Lisbon is visually muted; the building façades are uniformly flat and, while varying in color and occasionally covered by tiles, are mostly devoid of decorative elements aside from narrow balconies. Signs of neglect or at best of unenthusiastic upkeep are found frequently all over the city. And there isn’t really anything that could be called an unmissable iconic sight.

But if you give Lisbon enough time it will grow on you. Walk around long enough and you will find quaint pleasant pockets as well as bouncy vibrant areas, eye-catching vistas as well as attractive architectural samples. And while there may not be a museum or a historical monument contending for the world-class status, there are plenty of points of interest befitting a large metropolitan city. Every one of the central neighborhoods - Baixa, Alfama, Chiado, Bairro Alto, etc. - has something to offer.

The city's oldest architectural features are by and large about 250 years old - it was leveled by a great earthquake in 1755 and almost entirely rebuilt thereafter. As you walk around, you will more and more appreciate the challenging topography of its central areas. Lisbon is blended into several fairly steep hills. Although you will find relatively flat areas in the most central area of Baixa (and generally closer to the riverfront), practically any sizable walk will take you through significant changes in elevation. The stairway streets are often unavoidable. On the flip side, there are many elevated viewpoints throughout, offering sweeping perspectives over the city.

I gave two halves of non-sequential days to exploration of central Lisbon on a recent Portuguese itinerary. That was sufficient to get a fill of all of its central areas, step into a couple of major churches, survey the city from the Arch of Rua Augusta and from a couple of miradouros, visit a palace and a museum (both of which are not necessarily part of the WH submission as far as I can gather), browse a lively market, stop by for ginginha on more than one occasion, and catch sunset at one of the lookouts. Unless you are an intrepid museum-goer, I doubt that you can stretch your enjoyment of Lisbon to more than a couple of days. But I certainly think it deserves an eventual WH recognition on par with other great European capitals. 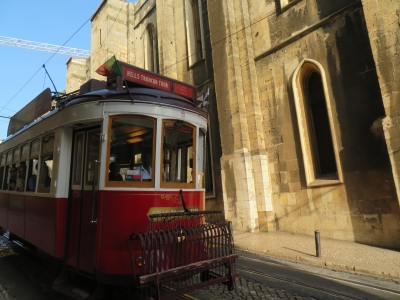 Lisbon is a city that is perhaps still discovering what makes it unique. It is special no doubt and worth exploring, but the two Lisbon nominations do reveal the complex web of cultures and architectural themes that are on display. 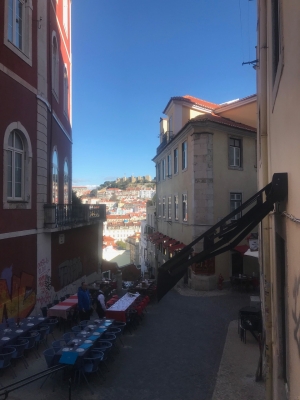 This nomination certainly overlaps with the nomination of Pombaline Lisbon but includes additionally all the other areas of the older city center. When the text for Pombaline Lisbon seems already a bit enumerative and unfocused this is even more the case for his nomination. Lisbon certainly has a long history that starts from the Phoenicians and the Romans, but nothing is left of the first and very little of the second. The also nominated area on and around the Alfama hill is very nice and based on the old islamic city but of this seems only the layout left and there are much better preserved islamic quarters in world heritage cities like Granada and Cordoba, to name only some examples in Europe. The very important era of exploration is very prominently covered with the Monastery and the Tower in Belem. Perhaps the most important part is the Baixa, the central quarter that was rebuilt after the big earthquake. In addition the text mentions among many things the Azulejos, the miradouros and even the Fado.

Lisbon is a very interesting city with many distinguishable nice neighborhoods and full of history but I think it is neither coherent nor various enough to justify a nomination of the entire old city. I found the old city of Porto not necessarily more interesting but more coherent and beautiful from a touristic point of view. I think though Lisbon stands a chance if it concentrates on the Pombaline Lisbon and its influence on aseismic construction and on modern city design. Together with Belem they would have two sites within the city or even three if you include the glorious area of Sintra.