Some people have travelled around madly this year. And more and more people seem to travel (semi-)permanently nowadays. Countries like Syria and Yemen have come on the travel radar again, and people are stumbling over each other to book trips to Saudi Arabia. So 2022 was a fruitful year for new reviews – although I’d like to see some more added from Saudi (hint! hint!).

The magical number of 1,000 visited WHS has not been reached yet by anyone, probably because Zoë put on the brakes mid-year. Looking at the rankings on other websites such as Nomadmania or MostTravelledPeople, with a number in the 800’s you’ll easily be in the Top 10 overall.

In our own Top 10, we see that Luis Filipe Gaspar is a new entry at spot #8 and that Roman Bruehwiler is approaching as well. With more full-time/professional travellers entering the WH arena (as more people have managed to complete their first goal already, visiting all 193 countries), we may see the numbers rise quickly. But I wonder how they approach their visits – ‘ticking’ WHS in my opinion is not a geographical game like counting countries, but requires knowledge about the OUV of a site and the interest to learn more about it. I invite them (also those not active on whs.org yet) to write reviews for this website, also as a way to ‘give back’ and share experiences with others. We just want to know how to get to the Phoenix Islands! 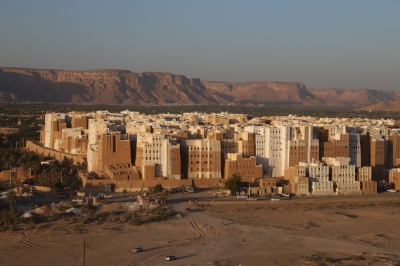 1133 of 1154 WHS have now been reviewed. The missing 21 can be found at the top of this page. First reviews were written for Great Burkhan Khaldun Mountain by Michael Ayers, Rio Abiseo by Wojciech Fedoruk, Chinchorro Culture by Walter, and Tadrart Acacus and Malpelo by Zoë.

While it may become harder and harder to write something original for most of the WHS, there still is plenty to do for the TWHS and especially the possible upcoming nominations. Notable reviews of that kind this year included the Ancient Walled Oases of Northern Arabia (Wojciech), Saimaa Ringed Seal Archipelagos (Hubert, "You have to look for a rock lying on a rock"), the petroglyphs of Murujugu (Joel), and Niah Caves and Upper Sepik (Solivagant). 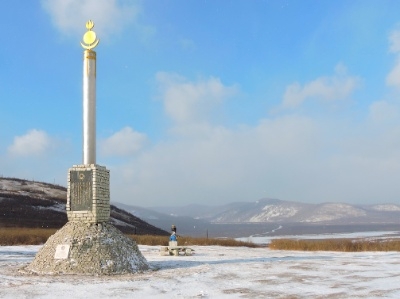 We all got around fairly safely this year. Tsunami had hitchhiking issues and thus for the 2nd time did not visit Dacian Fortress WHS location Sarmizegetusa Regia. Shandos had trouble renting a car in Brazil, but eventually reached the Cerrado. And I had my own troubles with dogs at Ciudad Vieja in El Salvador.

And well, there is misadventure and self-inflicted hardship … Wojciech went to the limit to visit Rio Abiseo: “Plan B was to get into the park without a permit. .. Luckily there was also a side bouncing road (to a place called Las Tres Lagunas). I drove it, got out of the car out of sight of the rangers, crossed the stream that was the border of the national park, and walked a good kilometer into the park. Unfortunately, I didn't see anything special”. 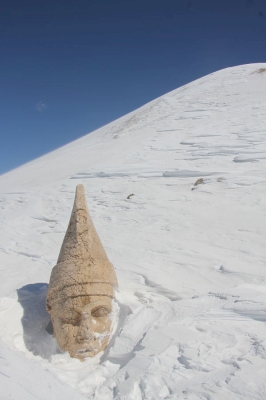 But the 2022 Tsunami award goes to Philipp Peterer, who thought it would be no problem to visit Nemrut Dag in March. “The climb up to the mound proofed to be the hardest part as there were tons of snow and climbing a steep snow covered hill is not that relaxing. Worse than the snow was the wind. Blowing little ice needles in my face and almost knocking me off my feet a few times. After what felt an eternity I reached the mound. The snow was so high, it covered most of the characteristic heads. Only one was clearly visible. I removed some more of the snow to make the face better visible.”

Are there any memorable reviews from 2022 that you’d like to put into the spotlight again?

On special request (Astraftis!), you can now scroll back through the last 100 reviews at https://www.worldheritagesite.org/community/reviews.

Unfortunately it seems one cannot scroll too much back into the reviews, as I can reach only to end November. This year seemed extremely long to me, so I cannot recall well all the year's reviews, even if I read most of them, and have in mind mostly recent ones.

You cited all of them: I'd say surely that of an off-season Great Burkhan with that wonderful photo; the recent one about the Upper Sepik (and of course I also remember that monkey, Solivagant...); Chad's wonders; and SGang Gwaai by JayT was probably the one that made me "dream" most about a destination.

Kudos to all of you serial review writers! I tried to contribute myself a little bit more this year, especially about Denmark, but as always I find it a difficult process and so most of my reviews are still in my head. Hope to do more and am always happy to read new ones in the meantime! :-D

During the pandemic I had put myself a goal of visiting end 2022 a total of 450+ WHS sites. Which was easily possible by doing European road trips. But, pandemic was over, and my focus shifted to new countries, and more difficult sites (for example Shibam, Yemen). Of course, mostly, difficult sites means less quantity. So I ended up at 350 sites by end 2022 (finishing the Vietnam list as we speak).

For 2023 I have already trips booked including Equatorial Guinea (no WHS though), Cyprus, Sri Lanka, Iraq which are all new countries, and a Poland road trip. This should should be 25+ new WHS, and my goal would be to hit 450 by end 2023. I have to make European road trips for this but, pretty sure, I'll end up visiting some remote places and new countries first.

It's always a struggle to choose. Phoenix Islands would be something I would look into for 2023. I like a challenge. Also, the "country tickers", I don't see becoming WHS tickers. I count countries, but not like driving the coastal road in west Africa and counting like 10 countries. Even Togo took me 8 days.

Wishing everyone a good start into 2023!

Quite a few awesome reviews this year! I really enjoy reading them throughout the year. Thanks to everyone who contributes, and thanks Els (and Nan) for all the work you put into this website!

"there still is plenty to do for the TWHS and especially the possible upcoming nominations. Notable reviews of that kind this year included ..........Niah caves and Upper Sepik (Solivagant)."
Upper Sepik isn't "of that kind" (I suspect a lot of redefinition work needs to be done on it first) - but I did do "first reviews" on 4 others (as well as Niah) which (currently!!) are!!!
Marib (23), Grace Hill, Kashmir Gardens and Nyungwe (24).
Surely you remember "that Monkey" at Nyungwe!!

I decided to visit the Netherlands WHS in the opposite order from Els! Spending 4 nights in Curaçao was fantastic to end the year.

Wishing everyone safe travels for 2023!

I don't even remember writing so many reviews lol, also love that dig re Phoenix Islands. I sort of want them to lose WH status for fishing right issues just so we don't have to try and visit ;)

Wish everyone a successful 2023. I'll start traveling again but unlikely the way I did this year so I figure reaching 1000 is not on the cards anytime soon plus I don't want to be #1 :/ Thinking of spending more time diving and hiking this year.