The Rade de Marseille comprises the sea front of the city of Marseille with the Old Port, some neighbourhoods of the historic old town behind it, and the Frioul Archipelago. Marseille was founded by Greeks around 600 BC and has been an important trading port since ancient times. The city's landmarks are Notre-Dame de la Garde, a pilgrimage church on a hill overlooking the Vieux-Port, and the Château d'If, known from the famous adventure novel by Alexandre Dumas. 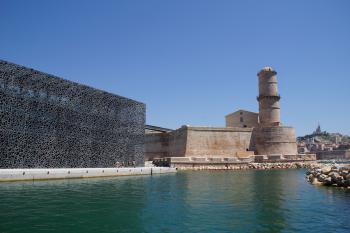 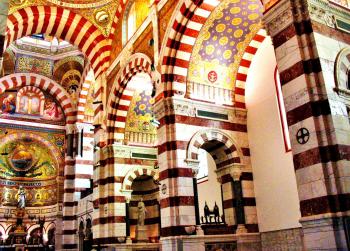