Rouen is a city on the Seine between Paris and Le Havre. In the Middle Ages, Rouen became the capital of Normandy and was one of the largest European cities of the time. The historic quarters of the old town are an ensemble of narrow medieval streets with half-timbered houses. Three religious buildings stand out: the Gothic Rouen Cathedral, Saint-Ouen Abbey and Saint-Maclou Church in the Gothic Flamboyant style. 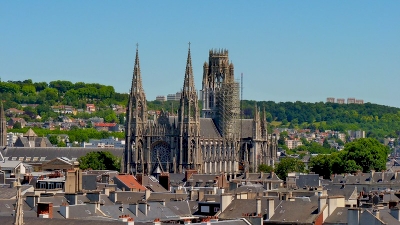 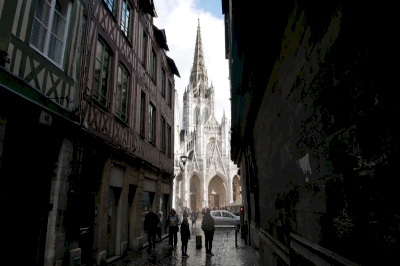 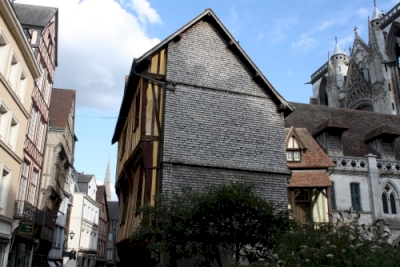 Rouen was damaged during WWII, so unfortunately, although impressive, it does not feature a unified urban ensemble. Therefore, it seems it cannot compete well with other French historic towns such as Colmar, Dijon, Sarlat and many more, let alone many such European towns. Nonetheless, large segments of the old town are well preserved and the quantity of the preserved portion still makes it one of the largest old towns in France.

France in particular and Europe in general already feature so many historic towns on the list that it seems highly implausible Rouen should ever make it. Notwithstanding, it is a pleasant town worth visiting if you're around in Normandy.