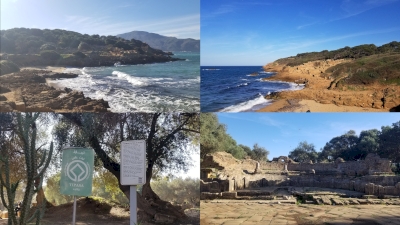 I tend to "dig" Roman ruins and it's always a highlight on my travel plan. Algeria has a lot and most is quite nice, not so much Tipasa. On paper it sounds great: port town with many ruined buildings extending along the shoreline. The site is split into two parts. The larger one is in town surrounded by restaurant streets so parking is a bit of an issue plus there was road construction when I was visiting, so I went to the eastern graveyard first which has a parking lot (it's free although someone tried to get money as I was driving away which I think is just a scam?) and entrance is very cheap 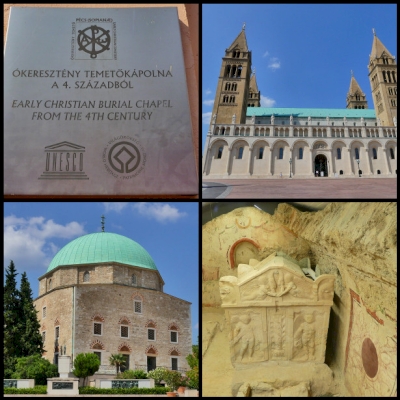 I visited this WHS in 2022 as a very convenient stopover between Budapest and Serbia, and I followed other reviewers' recommendation to stay over at the Art Nouveau Palatinus Grand Hotel at the heart of Pecs with great underground parking. The area of Pecs has been inhabited continuously for about 2,000 years, ever since the Roman times (when Pecs was known as Sopianae). However, the focus of this WHS are the early Christian necropolis sites, located in the northwest of the inner city on the slopes of the Mecsek Hills, in the vicinity of the cathedral. They are regarded as the largest single Christian tomb complex outside Italy. 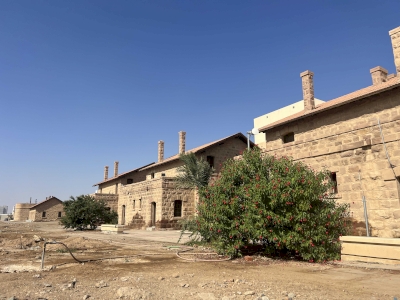 Hejaz Railway is an interesting nomination and I would say my favourite in Saudi out of the four large serial ones (the three others are pilgrimage hajj routes). It's a coherent collection of sites with an interesting story and many places to see in still quite decent shape. The Hejaz railway was a narrow gauge railway, named after the Hijaz region of present-day Saudi Arabia through which it ran. It connected Damascus in present-day Syria with Medina in Saudi Arabia, with a branch line to Haifa (present-day Israel). It was part of the Ottoman railway network and its original purpose was to connect Damascus and Mecca with Istanbul. The builders' grandiose plans were thwarted by the First World War; only the Damascus-Medina line, which was 1,300 kilometres long, was built 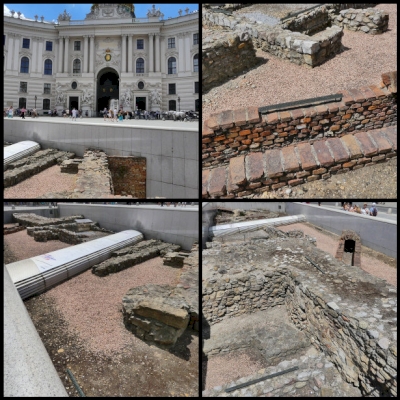 I have visited this WHS on multiple occasions before inscription in 2013 and 2015 in Regensburg, Germany, and in 2015, 2017, 2020 in Vienna, Austria. I only had a short video of the archaeological remains of the Danube Limes in Michaelerplatz, Vienna so this time round in 2022 during a brief family reunion, I made it a point to revisit the square and take some photos for my collection.

Not that now I have spectacular photos, nor did I get much more insight by this conscious visit post-inscription. Best time to visit is around noon when the sun shines on the remains 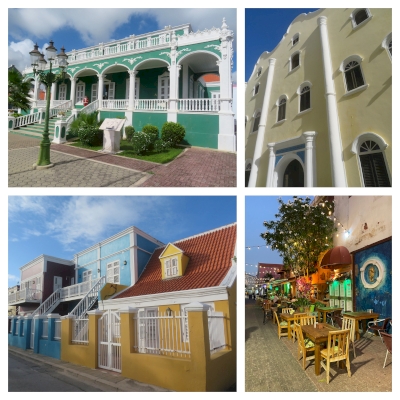 Having 4 days and 4 nights in Curaçao allowed my wife and I ample time to explore Historic Willemstad and the island as a whole. Using Els' neatly compiled list of 18 representative sites across the already well described districts, I explored the island by morning (car) and after lunch I explored Willemstad (on foot). Renting a car proved useful (if expensive), it allowed us to easily visit Curaçao's National Parks, Ramsar Wetlands (Flamingos!), Caves, Plantations, and best beaches.

7 out of the current 9 Moroccan World Heritage Sites have been rated with 3 stars or more by our community. They have brought Morocco a good overall country rating of 3.44. The only exceptions are Tétouan (almost there at 2.92), and Mazagan (2.63). The Portuguese City of Mazagan however turned out the biggest positive surprise of my short Moroccan coastal trip in January 2023. Just looking at the site’s intrinsic qualities and OUV, I believe a low rating of Mazagan is not fair. Yes, I understand it is small and takes an hour at most to explore. But: I visited Mazagan as a stop-over between Casablanca and Essaouira, arriving by train. At the ‘modern’ double entrance gate to the fortress, my attention was drawn to the trilingual WHS plaque, as I had read in Clyde’s review that it was upside down. I didn’t see anything wrong with it at first until Clyde (after I consulted him) pointed out that although they have repainted the text and the logos in black, the UNESCO logo still is on its head… But, hey, at least they have a plaque, something that has been lacking during my WH travels the past months in Brazil, Gran Canaria, and Morocco.

Mazagan has a main street to the right from the entrance with some souvenir stalls, but you certainly needn’t come here for the shopping or the bustling medina life. It’s more interesting to climb up to the ramparts, which can be accessed on either side of the town. The walkway is wide and you can access several bastions and have good overviews of the enclosed town with its (church) towers.

Unfortunately, I found the Portuguese cistern that other reviewers named as their highlight of Mazagan closed. A big lock kept the door shut and there was a sign in English saying that it ‘may be closed for restorations’. It did not open up while I was there, and also not when a bigger tour group arrived. The Church of the Assumption is now in use as a cinema. You can have a look around and an information panel tells about its original use. The 19th-century Mosque lies to the back of it and has an interestingly shaped, pentagonal minaret.

Mazagan has some graffiti here and there, the living conditions in the old houses may not be great and there is a large field of rubble just in front of the only boutique hotel in the town. But the streets and ramparts are clean, safe and pleasant to walk. I finished my visit with lunch at La Capitainerie restaurant (an offspring of the Iglesia boutique hotel in a nearby street) to see what the interior of one of the more fancy buildings looks like. Getting there and away on public transport. There is a direct train every 2 hours from Casablanca to El Jadida. The railway station is some 5km away from the Cité Portugaise, but there are plenty of petit taxis waiting to take you there. The ride costs 18 dirhams and probably will be a shared one as common in Morocco. To leave, there is a ramshackle bus station (Gare Routière) which lies an easy 1.5km walk from the WHS. I travelled from there to Essaouira with CTM, which has a comfortable bus every 4 hours. You need to pre-book this one online, as it fills up (it’s just a stretch of the popular Casablanca – Agadir route). More basic and slower buses to Essaouira leave from that bus station more frequently. There is also a new bus station near the railway station, but it seems to be not in use (yet).

Hmm, and I'm one of the ones dragging the average down with a 1 star rating. I have likely been unfair to it, considering that it was part of my first ever trip looking for WHSs, and I didn't particularly understand *why* sites had been inscribed or what to look for. Plus I only had a short gap between bus and train to look around.

But. If other people say the cistern is the highlight, it is nothing compared to that in Istanbul. And I found it a disappointment after Essaouira generally (maybe views are dependent on which historic walled maritime town you visit first?)

Want to find out how many World Heritage Sites you have visited already?

Do your count Or register!

WHS in the News

Gold-covered mummy among latest discoveries inside a sarcophagus that had not been opened for 4,300 years. (2023.01.27)

Life is no longer rosy at Pink Lake after floods turn its famous waters green (2023.01.25)

Excavation of Maurya-era pond continues in a bid to list Tilaurakot in World Heritage Site (2023.01.23)