The Natural Reserves of Tatras Mountain comprises the High Tatras and West Tatras in both Slovakia and Poland. They are part of the Western Carpathians. They are known for their alpine glacial lakes. 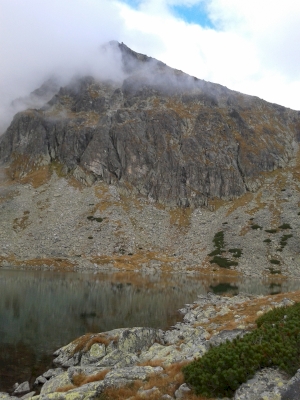 The Tatra Mountains are probably Slovakia's best known attraction. They are part of the Carpathian range which is currently divided between Slovakia, Poland, Ukraine, Romania as well as little chunks in Hungary and the Czech Republic. Among these countries Slovakia features the highest peaks. This said, I have been to the Carpathians in both Slovakia and the Ukraine and I find them much less impressive than the Alpine landscapes I viewed in Switzerland (which probably similar to Austria, Germany, France, Slovenia and Italy). I read the natural component is very similar in the Carpathians and the Alps (although the latter are higher). The main difference, however, lies in the human component. I found the Slovak development of the Tatra area rather tasteless. Apart from many ugly buildings there were barely any unspoiled forests we drove by. Of course I am not fully aware of the exact boundaries of the suggested nomination. The core zone may lie higher or in more isolated areas. However, I think nearby Austria keeps its forests better.