The Galilee Journeys of Jesus & the Apostles

The Galilee Journeys of Jesus & the Apostles is part of the Tentative list of Israel in order to qualify for inclusion in the World Heritage List.

The Galilee Journeys of Jesus & the Apostles include sites on the north-western shore of the Sea of Galilee and in the area of Nazareth which, according to biblical tradition, were visited by Jesus and his Apostles. Some of these sites, like Nazareth and Tiberias, became modern cities, others are archaeological sites such as Sepheris and Capernaum.

Map of The Galilee Journeys of Jesus & the Apostles 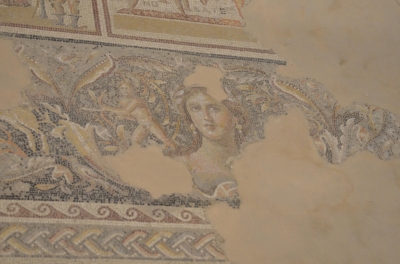 Oh Galilee! As a Christian, it is a wonder how all the steps of Jesus' early life are less than 2 hours' drive in this region. Back in 2018, I visited Nazareth, Cana, Mount Tabor, Zippori, Tiberias, Magdala, and the Mount of Beatitudes on a small-group private tour. Indeed, they are all holy sites, and it feels greatly spiritual to walk in Jesus' footsteps and be in the sites of great miracles and mysteries. However, I can't say that this is a site worth inscribing on the list. All the significance lies in religious intangible aspects, as in Nazareth, Cana, Mount Tabor, and the Mount of Beatitudes, where only modern churches stand, although Nazareth does have a few Roman-age remains including the alleged house of Mary on the lower level of the church. Tiberias is now a modern city with not much to see related to Jesus. That leaves Zippori and Magdala.

Zippori is a normal ruined Roman city, and the preservation and restoration of structures is generally poorer than in Bet Shean. However, Zippori's mosaics are extremely intricate and well-preserved. A walk through the synagogue in the lower section of the city reveals colorful floor mosaics of a various people and creatures in a rich agricultural landscape. Walking up the hill, one would come to the poorly-preserved Roman theatre, the iconic Crusader-Ottoman fortress with a sarcophagus used as a block, and the highlight of them all, the Roman villa with the best preserved Roman mosaics of Israel, including the "Mona Lisa of the Galilee".

Magdala is a much smaller site than Zippori. It covers a small ground of mostly foundations in black basalt, much like in Capernaum. The synagogue lacks significant structure, but houses some mosaics and the Magdala Stone, the earliest image of a menorah. A modern church is also on the site, but unlike Capernaum, it thankfully does not lie over the bulk of the ruins. Tours are run on site with a religious context, ending with reflection time in the church.

Overall, there just isn't enough remains significant to Jesus for any of the sites to merit inscription. The only site that contains any OUV would probably be Zippori for its exquisite mosaics, but either way, this tentative site doesn't have high hopes in my eyes

I would like to review two of the proposed sites in this serial nomination: Nazareth and Seppheris.

Nazareth is a typical Arab town (and the largest in Israel). Its centre is the old town with the typical covered basar. Almost all churches in the centre are new (19th Century onwards) with two exceptions - the Synagogue Church and Mensa Christi which are both crudsader constructions. There are also Roman remains under the Annunciation Chapel and some medieval remains under the Franciscan church. Nonetheless, not much of historical Nazareth survived.

Nearby Seppheris poses a great contrast. It is a well Roman city. It features the remains of a synagogue as well as some Roman mansions displaying beautiful mosaics. Unfortunately, although the town was mentioned in the description it seems it was removed from the proposal and goes for a seperate nomination. With its exclusion no significant historical sites remained in the proposal which not surprisingly led to its rejection by Unesco in 2010.

As Sites of Christianity in the Galilee

Unesco Website: The Galilee Journeys of Jesus & the Apostles