The Bachkovo Monastery is part of the Tentative list of Bulgaria in order to qualify for inclusion in the World Heritage List.

The Bachkovo Monastery is an 11th century Eastern Orthodox monastery combining the Byzantine, old Georgian and Bulgarian traditions. It is known for its original two-storey ossuary with murals. The interiors of the cathedral and church are also decorated with wall paintings.

Map of The Bachkovo Monastery 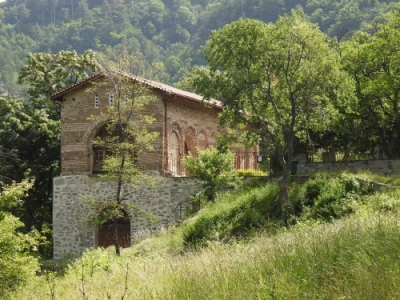 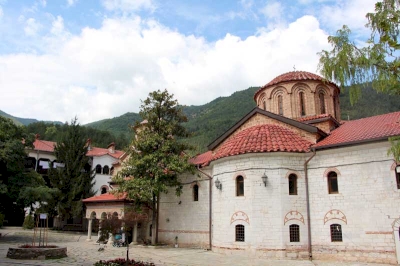 Bachkovo is a mix of other monasteries I visited in the region, namely Studenica, Horezu and Rila. It is rather small and entrance is free to the monastery, with a small fee if you want to see the even smaller museum. I could not spot anything that I never saw before or that was of more beauty than I saw in similar places. The only thing special to me was the fact that I was not able to walk around the monastery from the outside and thus could only see the main façade.

However, the place seems to be very popular for the locals. The road up to the entrance is surrounded by vending stalls and there are several restaurants nearby. There were also, unlike other TWHS or even WHS in Bulgaria, many visitors on site.

The monastery is only around 40mins by car from Plovdiv, a pleasant town with 2 TWHS itself.