The Cultural Landscape of "Innsbruck-Nordkette/Karwendel" comprises the city of Innsbruck, Ambras Castle, and the Nordkette mountain chain. Innsbruck had an important role in the 16th century as the residence of the Habsburg emperors. The city’s most famous symbol is the “Goldenes Dachl”, a roof covered with 2,657 gilded copper shingles. The Nordkette mountains are more than 2000 metres high and forms a spectacular background for the historic city centre. 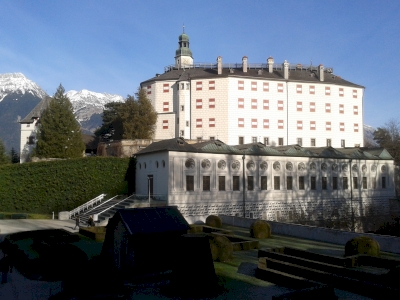