Chashma-Ayub Mausoleum is part of the Tentative list of Uzbekistan in order to qualify for inclusion in the World Heritage List. This site (or parts of it) has already been inscribed under Bukhara WHS.

Chashma-Ayub Mausoleum as already inscribed as part of Bukhrara. It remains on the TL as its own, but also as part of the serial nominations “Silk Roads Sites in Uzbekistan” and “Silk Roads: Zarafshan-Karakum Corridor” 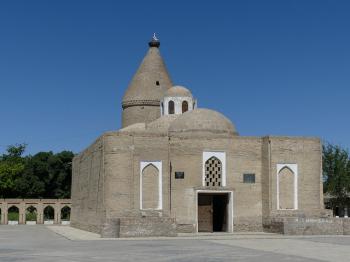