Ancienne chocolaterie Menier à Noisiel is an industrial complex from the end of the 19th century whose construction and design were innovative and trend-setting. Three historic buildings have been preserved from what was once the largest chocolate factory in the world. The centrepiece is the Saulnier Mill (1872), a metal frame structure infilled with coloured enamelled bricks. The building is supported by pillars in the Marne River, whose water drove the hydroelectric turbines. Today, Noisiel is the French headquarters of the Nestlé group. 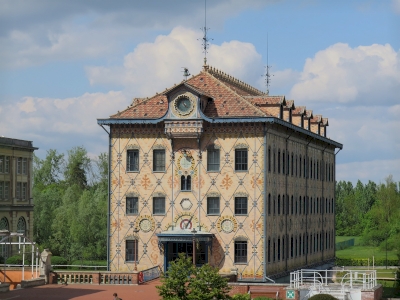 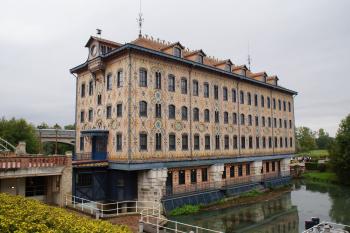