The Collection of Historical Bridges comprises some 60 bridges in Lorestan province. They date from the Sassanid period (3rd- 7th century). The stone bridges use arches and pile bridges to span big rivers. 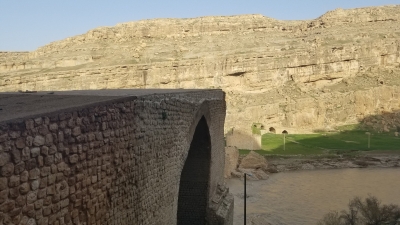