Gremi Church of Archangels and Royal Tower is a 16th century citadel with an orthodox cruciform domed church and a three storey palace topped with a bell toyer. It is considered a monument of Georgian architecture with a strong Iranian influence. The citadel was overlooking a city now destroyed which was the capital of a local kingdom. 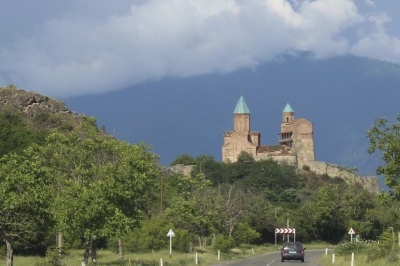