Sites of fossilized dinosaurs throughout the Southern seacoast of Korea are the largest grounds of various fossilized eggs and footprints of dinosaurs from the Cretaceous period of the Mesozoic era in the world. These sites are situated in beautiful natural surroundings with petrified wood, many tracks of extinct lives, and various geographic layers. The archaeopteryxes' footprints, which were discovered for the first time in Asia, are perfectly preserved. 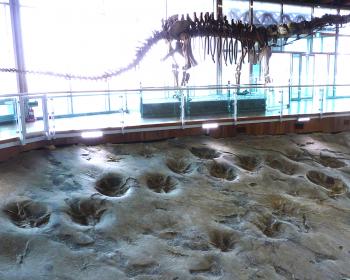 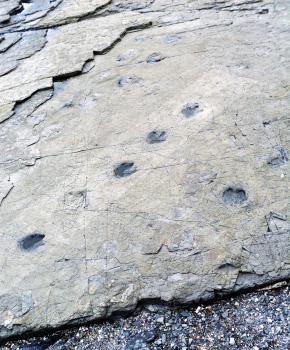 I visited the dinosaur footprints in Goseong (Right next to a kid-friendly dinosaur museum). The dinosaur footprints are interesting, but the beauty of the rugged coast is likely the major highlight for most visitors. I was glad I could make out the footprints and trackways; they are easy to spot because the footprints are usually filled with small pools of water, which comes with the change of tide. Not only were the footprints fairly easy to make out, it was possible to distinguish different dinosaur species amongst the footprints. As a serial site there are 3-4 other footprint locations along the southern coast. I would certainly be interested in visiting another site or two, perhaps the sites in Uhang-ri near Mokpo and Seoyoo-ri near Hwasun. Despite the WHC rejection in 2009, these are enjoyable places to visit.

The chances for a newly created nomination dossier in the coming years is perhaps (surprisingly) increasing as new paleontological discoveries are ongoing in South Korea. In fact, new national monuments (protecting fossilized dinosaur footprints) have been designated recently in Jinju (2011), Mokpo (2012), and Gunsan (2014). An additional site was recently discovered in Jinju with approximately 8,000 additional dinosaur footprints, which may apply for national geopark status. Lastly, an actual complete skeleton has now been discovered in Hadong County in 2014, a first in Korea. Perhaps a re-configured nomination will emerge with 8-10 total serial components (compared to the 5 components in 2009).